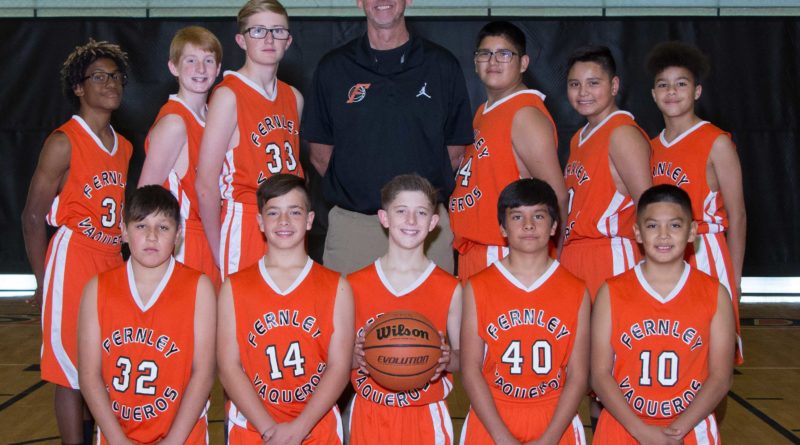 The Silverland Middle School 7th grade boys basketball team ended the season with a 7-1 record after losing to Fallon in the Sagebrush League championship game.

“What a great year in which these 7th grade boys grew exponentially as the year went on. They ended up 9-1 during the league play and ran in to a tough Fallon team in the championship that seemed to be firing on all cylinders,” coach Dave Burns said. “The boys never gave up and in the end might have lost the game, but learned that hard work, discipline, and commitment will take you to be the best you can be. That is what I think these guys dedicated themselves to be. I’m so proud of each and every one of them and want to say thank you for a great season and can’t wait for next season.”