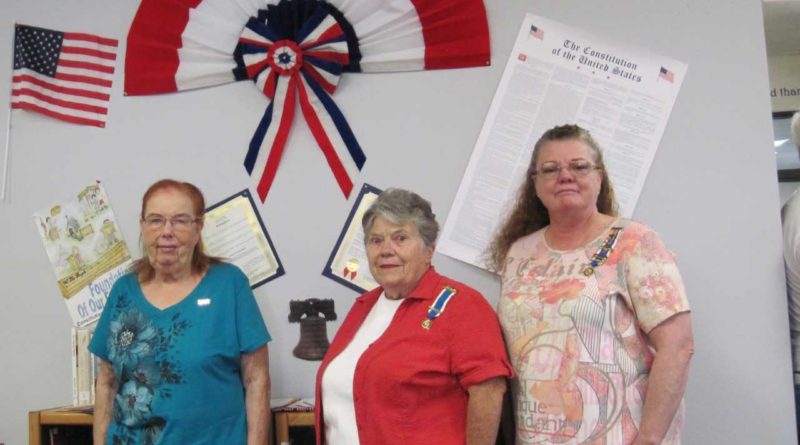 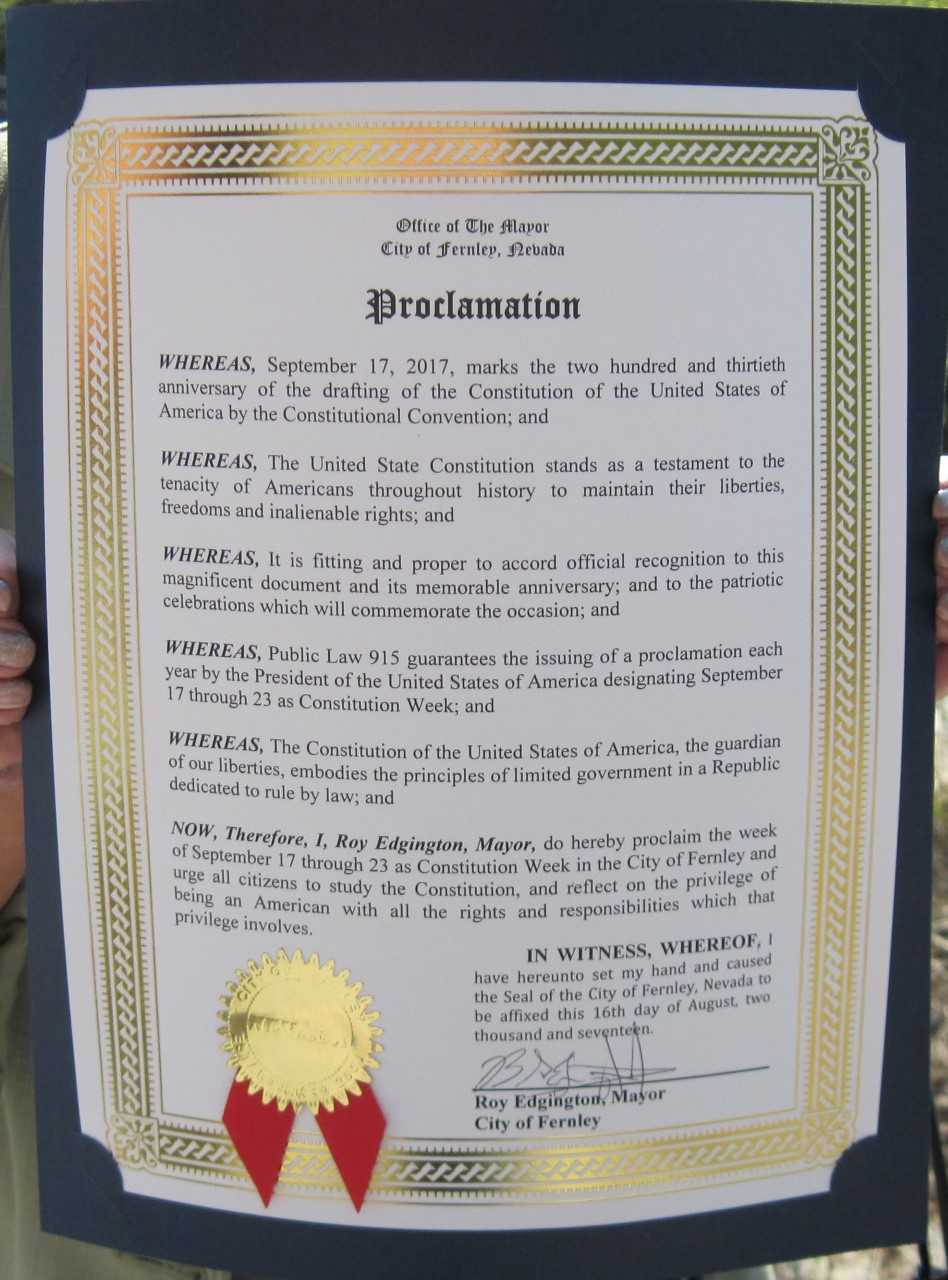 At the Aug. 16 Fernley City Council meeting, Daughters of the American Revolution Fort Churchill chapter met with Fernley Mayor Roy Edgington, who proclaimed the week of September 17 through 23, 2017 to be: Constitution Week.

September 17 begins the national celebration of Constitution Week. The weeklong commemoration of America’s most important document is one of our country’s least known official observances. Our Constitution stands as a testament to the tenacity of Americans throughout history to maintain their liberties and freedom, and to ensure those inalienable rights to every American.

The tradition of celebrating the Constitution was started many years ago by the Daughters of the American Revolution. In 1955, DAR petitioned Congress to set aside Sept. 17-23 annually to be dedicated for the observance of Constitution Week. The resolution was later adopted by the U.S. Congress and signed into public law on Aug. 2, 1956, by President Dwight D. Eisenhower.

The aims of the Constitution Week celebration are to:

Constitution Week is a great time to learn more about this important document and celebrate the freedoms it gave us. You can visit their display at the Fernley Library this week.