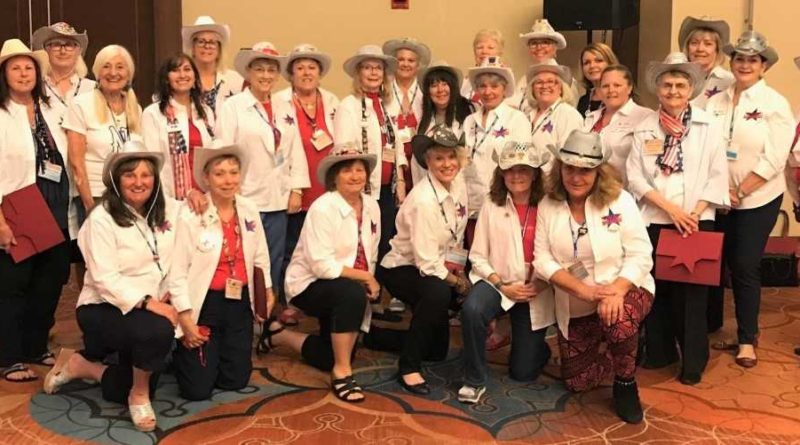 Fernley resident Anita Trone joined nearly 900 fellow Republican leaders from across the nation Sept. 14-17 at the National Federation of Republican Women’s 39th biennial convention in Philadelphia, focusing on leadership training and GOP unity to secure victories in the 2018 midterm elections.

Anita Trone is the Immediate Past President of the Fernley Republican Women. She attended the event on behalf of the club.

During the four-day event, which centered on the theme “Where It All Began,” delegates and other registrants participated in a series of seminars in the areas of campaigns, elections, issue advocacy and membership and leadership development. They heard from Republican leaders, elected officials and other notable guests, including U.S. Sens. Roy Blunt and Pat Toomey, New Jersey Lt. Gov. Kim Guadagno and Kentucky Treasurer Allison Ball.

“Philadelphia is where the greatness and governance of our nation began,” NFRW President Carrie Almond said. “We came here not only to reflect but also to be reminded why we must work hard to rebuild our great nation in unity with our elected officials in Washington, D.C., and our home states, and to prepare for the upcoming midterm elections to ensure Republican victories across the country.”

“It was incredible to have our opening dinner at the National Constitution Center, where we could walk among the beautiful statues of all the founders,” Trone said. “I was reminded of the time that Benjamin Franklin was asked what kind of government was created. He said, ‘A Republic, if you can keep it.’ Keeping our Republic is one of our most important goals and I am very proud of our work.”

Founded in 1938, the National Federation of Republican Women is the largest and most influential Republican women’s group in the nation, proudly representing the party that first made it possible for women to vote in the U.S. The NFRW works to increase the effectiveness and relevance of women in the cause of good government. Our mission remains to recruit and elect Republican candidates, promote the principles of the Republican Party, educate the public, and inform the media.