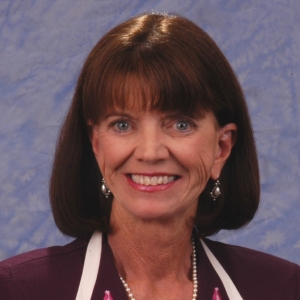 The 2017 session of the Nevada Legislature hadn’t even officially convened, and already one topic drew a crowd to the steps of the Legislature Building Monday morning.

The issue is one that two of Lyon County’s representatives say they will be paying close attention to.

One of the proposals would give the state engineer the authority to limit domestic well use to a half-acre foot instead of the two-acre foot under existing state law. Existing Nevada law allows domestic well users the right to use two acre-feet of water per year, but it allows for senior water right holders, or those whose water rights are older, to get the first allotments before junior rights holders.

The state engineers office and a drought task force created by Gov. Brian Sandoval held public hearings around the state over the past year, leading to the proposal of Senate Bill 47, out of a Senate interim committee.

Assemblywoman Robin Titus, whose district includes Fernley, said she is opposed to any measure that would meter or limit domestic well use.

“I’m a proponent of being a good steward of water use, but for us to put a tax on what I consider a property right, a domestic well, I’m very concerned about that,” Titus said. “Only 6 percent of Nevadans are on wells, and the state is pushing to have everybody on a water system.”

Senator Jim Wheeler, whose district includes part of Dayton, also opposes the measures, but said he doesn’t think the measure will gain much traction.

“I believe that’s going to be a nonstarter,” Wheeler said. “I saw how many people showed up at the interim committee. I was there and there were four overflow rooms full, and I believe it will be a big fight.”

Titus said she believes water and education will be the biggest issues in this session. She said eight different water bill have been proposed, and she’s ready to fight to protect water rights. However,s he is excited that Sandoval’s budget appears to support the state’s community colleges.

“Companies like Tesla, Panasonic and Switch need skilled laborers, so we need to support our community colleges,” Titus said. “That’s where they’re being trained.”

“Of course it’s not my bill, but as a caucus, I think that’s our biggest priority,” Wheeler said. “I will not vote for any budget that does not have a minimum of $60 million for ESA’s. I’d like to see $80 million to $100 million. That’s where it needs to be.”

Wheeler also predicted that Democrats will try to get funding to get Question 1 from the November ballot implemented.

Nevada Attorney General Adam Laxalt has called the initiative for background checks for gun purchases as “unenforceable” as written. Under State law, laws passed by ballot initiative cannot be altered for three years, but Wheeler said he expects Democrats to address the issue.

Titus also said the proposed move of the NFL’s Oakland Raiders and the Las Vegas stadium will still be a big issue, one she has previously said could impact the state’s taxpayers. During a special session last year, the Legislature approved a room tax to help fund the construction of the stadium.

Las Vegas casino owner Sheldon Adelson recently pulled out of the deal in which he had pledged to contribute $650 million to the building of the stadium, throwing the proposed deal into flux. But Raider’s owner Mark Davis has stated he is still committed to moving to Las Vegas.

“There was a lot of written ‘what if’s’ in those laws, so I think they’ll still build, put the money into the convention center, but I don’t think the stadium is done yet,” Titus said.