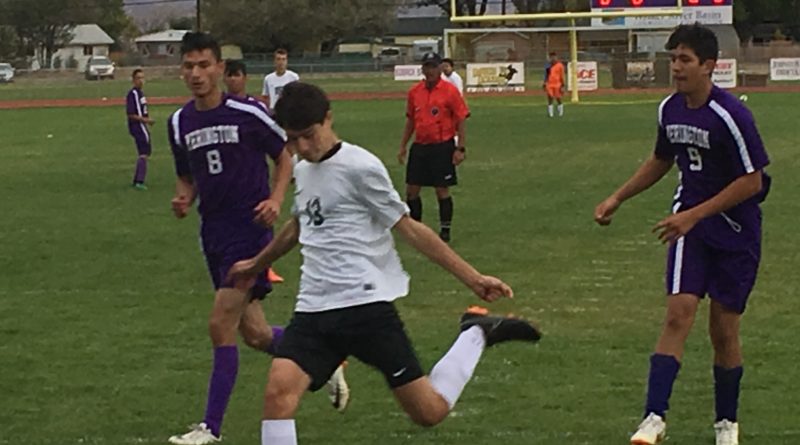 The Fernley High Schools boys soccer team claimed its first playoff win in school history, on a penalty kick in overtime after a controversial call last Thursday at South Tahoe.

The Vaqueros were awarded a penalty kick when a handball was called in the goalie box, and the Vaqueros converted for a 2-1 win in overtime that set off a wild  celebration by the Vaqueros and their supporters.

“I’m very proud of this team, especially because they have learned to play as a team,” coach Erin Geil said. “I have many outstanding players but it would be hard to single out any individual player because they function so well together.”

The Vaqueros opened the scoring with a goal in the second half, but South Tahoe tied the game in the final minutes and sent it to overtime.

Still, the season was the most successful ever for the Vaqueros boys soccer program. The Vaqueros won the Northern 3A ‘B’ League for the second straight year, this time with a 10-0 league record.

“I’m really going to miss our seniors,” Geil said. “They have contributed to the varsity team since they were freshmen.”

The girls team lost its first round game 8-0 to South Tahoe and finished the season 10-5 in league play.