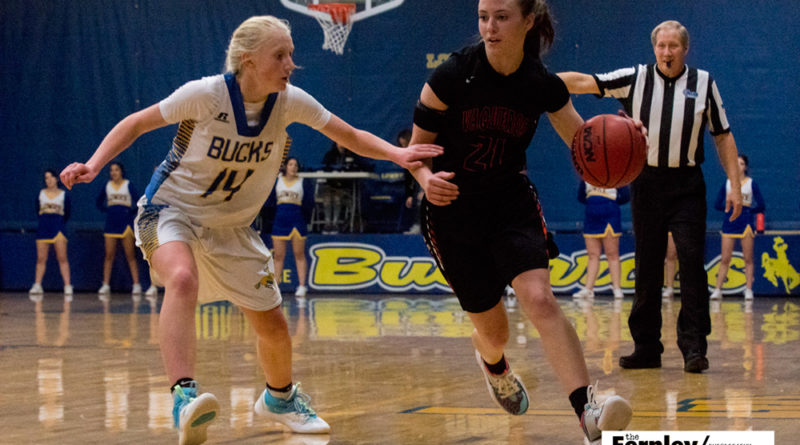 Piroddi was awarded the Iron Man Award, while Condie and Bunyard were co-winners of the Iron Woman award, while Sullivan was the winner of the Brian Beaty Award.

The awards are presented to graduating seniors each year, but are career awards honoring the entirety of the winner’s high school career.

The Iron Man and Iron Woman awards are presented to the top male and female scholar-athletes who competed in three sports for each of their four years.

Piroddi played football and wrestled for four years, and played three years of baseball and one of golf.

Piroddi was on the varsity wrestling team all four years, as a team captain twice. He was a three-time league champion, was the 3A state runner-up in 2018-19 and a 3A state champion in 2019-20.

In basketball she was a team captain for two years. She made send team all-league as a sophomore and junior, then as a senior was first-team all-league and second team all-state, helping the Vaqueros win the regular season league championship, the league tournament championship and to a state runner-up finish. She was also a member of the all-state academic team all four years.

In track she qualified for regionals each of her first three years, and was prevented from a fourth by the cancellation of the spring sports season because of the COVID-19 pandemic. As a freshman she was an alternate on the 4×400 relay team that won a second place medal at the state meet. As a junior she was a member of the 4×200, 4×400 and 4×800 relays that qualified for State, winning third place in the 4×800. She was also on the all-state academic team all four years.

In addition she won several awards, for being a part of the all-state academic team for four years, as a state workshop presenter as a freshman, she was a Silver Star State winner as a freshman, sophomore and junior, was a National Gold Council of Excellence recipient as a senior, won the Battle Born Award as a senior and helped the Vaqueros win a 3A academic state championship.

Bunyard played volleyball, basketball and softball for four years each.

As a freshman, Bunyard played JV volleyball, basketball and was a member of the 3A state championship softball team.

As a sophomore, she was on varsity in all three sports. She was second-team all-league in volleyball as a libero on the team that was league co-champions.

As a junior she was second-team all-league in volleyball, honorable mention all-league in basketball and a member of the state runner-up softball team.

In her senior season, she was second-team all league and on the 3A all-state academic team in volleyball, was honorable mention all-league in basketball on the 3A Northern League champions and 3A state runner-up.

The Brian Beaty Award is presented to the senior athlete who has achieved the most despite limitations or obstacles. It is named after former Fernley football player Brian Beaty, who overcame injuries throughout his career to become a starter and an all-league player as a senior. He was later killed in a car crash.

She came just short of the 1,000 point milestone in basketball, scoring 920 career points, and finished her career shooting 81 percent from the free throw line. Her highest scoring games as a freshman were 18 points against Fallon and 17 against Elko. She scored her career high of 22 points as a sophomore against Lowry, with five 3-pointers, and scored 13 points against Spanish Sprints, Elko and Truckee. She had several high-scoring games as a junior, topped by 21 against Elko and 20 against Sunrise, while as a senior she put up 17 points against Fallon, 16 against lowry and Truckee, and she had 14 points against Pahrump in the state semifinal game.

In volleyball, Sullivan was honorable mention all-league as a sophomore, played on the league-co championship team, and was a member of the 3A state academic team as a senior.

In track, she qualified for State on the 4×400 relay team by taking third place at regionals and on the 4×200 relay teams her senior year.

Fernley High School likes to recognize those that support the entire athletic program and its student athletes. The people that receive the Fan of the Year award are seen in attendance of almost every game in every athletic program. Some of the past winners have also gone above and beyond by volunteering their time in some capacity, working gates, concession stands, or officiating when asked.  Such is the case for Burke.

She can be seen at volleyball games, soccer games, track meets, basketball games, wrestling tournaments and football games. Athletic director Paul Sullivan said she is the first to accept a request for help from the athletic department and obviously loves supporting Fernley’s student athletes.