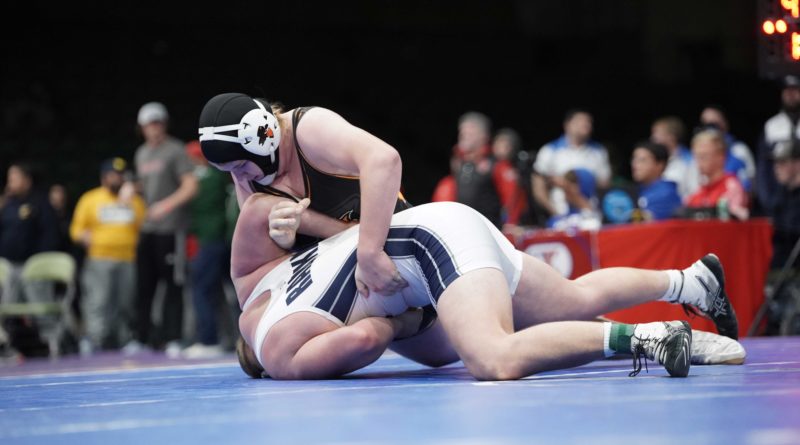 With a third place finish by Setriano Piroddi and two other wrestlers who came within one win of placing, Fernley wrestling coach Ernie Garcia considers last week’s Sierra Nevada Classic to be the team’s best outing of the season.

The Vaqueros finished 21st among more than 80 teams competing, and in a tournament where just making it to the second day is considered an accomplishment, they had five wrestlers finish the tournament with winning records,

“Overall, one of our best outings this year especially for such a tough tournament,” Garcia said. “Still plenty of room for improvement and by no means did we have a perfect weekend, but we are learning and growing each week. We will be a top team come February.”

Piroddi, wrestling in the 220-pound weight class, went 6-1 for the tournament to take third place, with his only loss coming against the No. 1 seed.

“We’ve been waiting for the tournament in which he found 100 percent confidence in himself,” Garcia said. “This was that tournament.”

Garcia said Piroddi wrestled extremely well and was stingy when it came to giving up points. All six of his wins came by pin and in dominant fashion.

“He stuck to the game plan and the results spoke for themselves,” Garcia said. “We’re proud of him for the fearless competition he put together.”

In the 160-pound division, Jackson Chapin finished the tournament with a 4-2 record and came one win shy of placing. His losses came against the No. 3 and 8 seeds.

“Mistakes on our part were the determining factor,” Garcia said. “In some ways, losing by mistakes is okay. We can fix those before state. Jackson continues to get better each week due to the quality of work he’s put in the last year.”

Competing at 106 pounds for the first time this season, Brody Garrett was also one win shy of placing. He went 5-2 with losses coming to the Nos. 7 and 8 seeds.

“He was up 3-0 to the 8 seed and a funky position ended up with him on his back to end the match,” Garcia said. “Brody was unsure of what he needed to do there. That happens sometimes. Wrestling creates bizarre positions that you don’t always see in the practice room. Better to see them for the first time now and learn from them than in February.”

Kyle Jones (138) went 3-2 losing two close matches, one of them to the eventual runner-up.

“A couple of mistakes cost him in his two losses,” Garcia said. “He’ll learn from them and be better for it.”

“Easily his best weekend so far and it came against a higher caliber competition,” Garcia said. “He’s starting to realize how good he is on his feet and that makes him a tough opponent for anybody.”

Fernley finished 21st as a team, with only three Nevada teams ahead of them. Spring Creek, last year’s 3A state champs, Shadow Ridge a 4A school, and Spanish Springs last year’s 4A state champs.

This weekend the Vaqueros are competing in the Sparks Invitational.