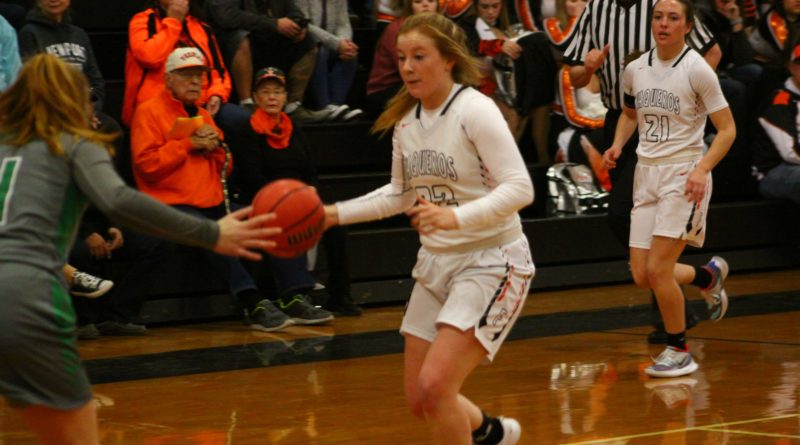 The Vaqueros went into the break with three consecutive wins over North Valleys, Spring Creek and Elko.

Thursday they ran their overall record to 9-0 with a 58-56 win over Boise’s Bishop Kelly, rallying from a 7-point deficit by outscoring the Knights 21-12 in the fourth quarter.

Fernley led 16-7 after a quarter, then went to half with a 44-9 lead, triggering a running clock for the second half.

Sullivan finished with 15 points to lead the Vaqueros, with plenty of help. Willow Jacobson scored 13, Condie had 12, Burns pitched in with 11 and Bunyard was the fifth player with double figures with 10.

Against Elko, Burns scored 22 and Jacobson had 20, Sullivan added 14 and Bunyard had 12.

The Vaqueros again finished strong, turning an 11-point lead after three quarters into the 76-53 final.