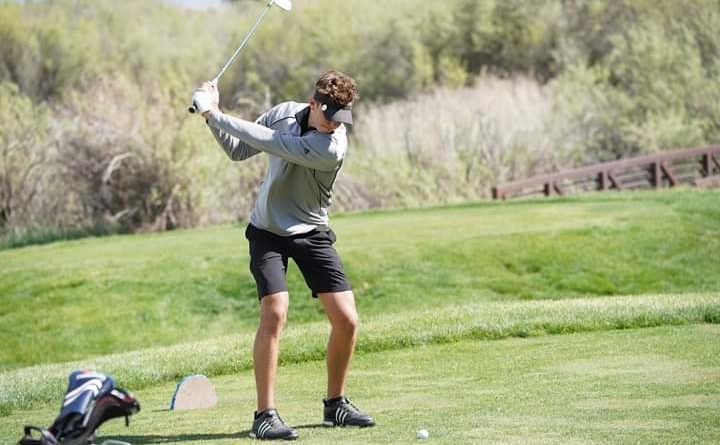 O’Neill shot a two-day total of 162 to tie for ninth place with Jeron Dalton of Virgin Valley.

Western’s Jared Smith was the individual champion with a two-day score of 138. Truckee won the team championship with a team score of 622, with four players finishing among the top eight places.

O’Neill, who was the only Fernley qualifier, stood in 14th place with an 84 after the first round Monday, then shot 78, which tied for the fifth best score of the second round.

“Isaac played his best golf at the end of the year,” coach Brian O’Neill said. “He stayed out of trouble and made some putts. The atmosphere of a state tournament definitely increases one’s motivation.”

Behind Isaac O’Neill, two other Vaqueros, Jack Knodell and Guylar Unger, were close to qualifying for State. Jackson Chapin, Dominic Gianotti, and Ethan Bacock were the main golfers that rounded out the squad.

“With three potential qualifiers this year and everyone returning, I’m optimistic about qualifying the team and not just individuals (next year),” Brian O’Neill said.

The Vaqueros’ best finish as a team this season was third overall, but the team’s scoring average dropped by nearly 30 strokes over the course of the season.

“The competition at practice increased, which can only lead to better results,” Brian O’Neill said.