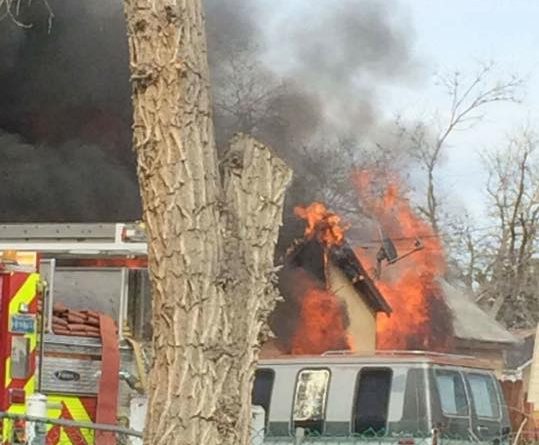 One person was severely injured and a firefighter suffered a minor injury in a fire at a home on Poplar St. Sunday afternoon.

Firefighters from the North Lyon County Fire Protection District were called for a report of a structure fire at 55 Poplar St. at 3:49 p.m. Sunday.

Firefighters found an elderly person trapped in the rear of the house. The person was rescued and transported to a burn center in California by Care Flight with life threatening injuries. A firefighter also suffered a minor burn injury to his ear. No other injuries or deaths were reported.

Huntley said firefighters were able to knock the fire down within 30 minutes and prevent it from spreading to nearby structures.

“To our knowledge there was only one person in the house at the time of the fire and no nearby structures were damaged, to our knowledge,” Huntley said.

“Fortunately both of our crews were in town were in district when this occurred,” Huntley said.

Because there were injuries, the cause of the fire was investigated by the State Fire Marshal’s Office, which determined the cause to be smoking with medical oxygen.