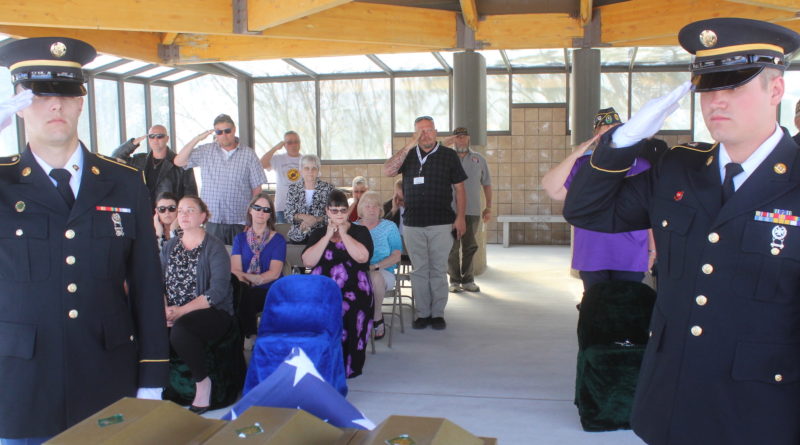 The monthly ceremony for unaccompanied remains takes place at the Northern Nevada Veterans Memorial Ceremony in Fernley and is attended by guests and members of the community.

Narrator Sharon Serenko, a member of the NVC, said the ceremony recognizes the veterans and their service to their country.  She said the final ceremony for each man has been well earned and represents the struggles and sacrifices of military service.

“We pray when our time comes, we’ll hear what these veterans have heard,” she said.

Each unaccompanied ceremony includes the Patriot Guard Riders marching United States flags to the pavilion, a 3-volley salute, the playing of “Taps,” and a flag folding ceremony.

The NVC will conduct its 10th mission at the cemetery on May 11 by honoring 10 veterans whose remains have been in the care of Walton’s Funeral Home but have remained unclaimed.

A motorcade will bring the remains from Sparks to Fernley where a military service with full honors will be performed.