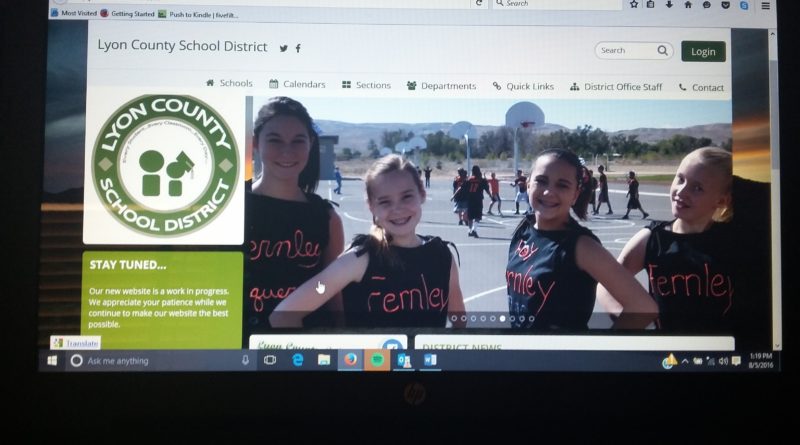 The school district in June approved a contract with SchoolBlocks for the design and hosting of the district and school websites, from among six website vendors.

SchoolBlocks offered the district a mobile-friendly, Google-based design, with every page using the same template.

Previously the district had one main website and 17 separate school sites set up through a variety of software companies, such as WordPress,

That meant there was no uniformity between the sites, and district officials believed it made it difficult for parents and other community stakeholders to locate information as students progressed through the school system.

Because the district is its first customer in Nevada, SchoolBlocks offered the district three years of free hosting, so in July 2019, the district will start paying $585 per website per year.

Superintendent Wayne Workman said the new websites will use the same template, but will give each school the freedom to customize it with their own colors and information.

He said each school will also have a staff member on an extra duty contract to serve as its webmaster.

The district’s website is lyoncsd.org and includes links to each of the 17 school sites, district calendars, contact information and other communication to parents and community members.