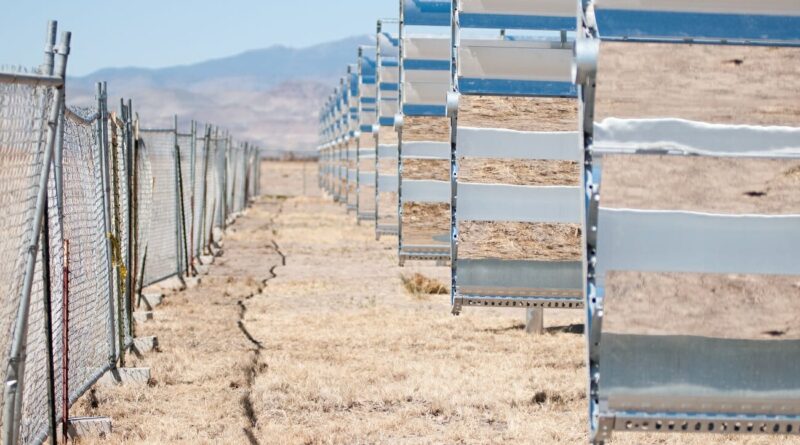 Nearly $12 million in federally funded loans earmarked for clean energy projects in Nevada stemming from the 2009 federal stimulus package were never spent and has been written off as unrecoverable by the state.

Members of the state Board of Examiners — composed of the governor, secretary of state and attorney general — voted on Tuesday to write off more than $11.8 million in bad debt from eight federally funded loans for clean energy projects  owed to the state but deemed uncollectable by the state Controller’s Office, which oversees collections.

It’s a dispirited closing of a chapter on a once highly-touted program funded under the American Recovery and Reinvestment Act, the $831 billion stimulus package signed into law by former President Barack Obama in February 2009 in response to the recession.

The state of Nevada used a portion of those funds to launch the “Fund for Renewable Energy, Energy Efficiency and Energy Conservation Loans,” operated by the state Office of Energy and aimed at granting revolving, low-interest loans to clean energy projects. The program was funded with federal dollars through the stimulus bill, with the idea being that qualified entities  repaying the loans would grow the fund and help direct dollars to future clean energy projects in perpetuity.

But out of more than $17.6 million in loans granted through the program, the Office of Energy leadership says that only $3.7 million of that initial sum has been paid back, with $11.8 million considered “bad debt” and written off by the state as of Tuesday. There are five loans — cumulatively worth about $2 million — that are still being actively paid off.

David Bobzien, the director of the Governor’s Office of Energy, said that between 2010 and 2012 the office had issued eight loans spread among five companies for a variety of clean energy projects — including solar photovoltaic units at schools in Washoe County, anaerobic digester systems to convert cow manure to biofuels and a hydrogen fueling station in Carson City.

None of those projects were completed, Bobzien said, and the funds have essentially disappeared.

“(There’s) no evidence that anything was ever actually done with the money,” he said in an interview.

The loan program is described as a “bridge financing option,” with eligible applicants receiving a minimum of $100,000 and a maximum of $1 million under loan terms that run for up to 15 years with an interest rate below 3 percent.

A 2011 memorandum from the Office of Energy submitted to the Legislature said the revolving loan program had been a “success,” saying it helped get “stimulus dollars out to innovative companies and getting jobs on the ground” and helped establish a structure for a program that will “continue to provide financing for innovative energy projects.”

Though the Governor’s Office of Energy touts the use of the program — noting on a fact sheet that 23 projects have been awarded funding worth more than $18 million — though a substantial portion of those dollars were never paid back.

The defaulted loans include:

All eight of the loans went into default between 2011 and 2014, with summary judgements entered in November 2014. Bobzien said there is “just not a lot of record of what processes or procedures were followed before the money was disbursed.”

He said judgments were entered into the appropriate counties to “secure the judgments against whatever real property may exist in the name of the entities,” but that all of the businesses in question have lapsed their business registration and had effectively disappeared.

Bobzien, who was appointed by Gov. Steve Sisolak to the position in early 2019, said he asked a deputy attorney general assigned to the office last year to look into the defaults to see if there were a way to collect. He said that all companies were at the time registered with the state, but said the “trail goes cold” when trying to track down the named agents or officers of those businesses.

“It’s almost as if there was no consideration of this possibility that some of these projects would just turn out to be vapor,” he said.

All of the loan accounts were transferred to the state Controller’s Office in early 2017, which is statutorily required to engage in debt collection practices on behalf of the state.

Bobzien said he wasn’t aware whether there had ever been an audit of the revolving loan program, and didn’t believe that the state would be on the hook or face any fiscal consequences from the federal government for the misused funds.

He said that similar problems with loan funding had popped up in other states’ energy offices, and noted that the office pushed for legislative authorization that would allow the remaining funds to be used as a grant, rather than a loan, which would come with additional checks and accountability from the prior system.

Bobzien added that if additional federal stimulus funds related to the COVID-19 pandemic and related recession are granted to the state for clean energy projects, it would be important to safeguard and ensure that the dollars are spent appropriately.

“As we look to the possibility of new recovery efforts that may encompass the energy space, people don’t want to make these same mistakes again,” he said. “We want to make sure that the money is spent, and then goes to what it was intended to.”