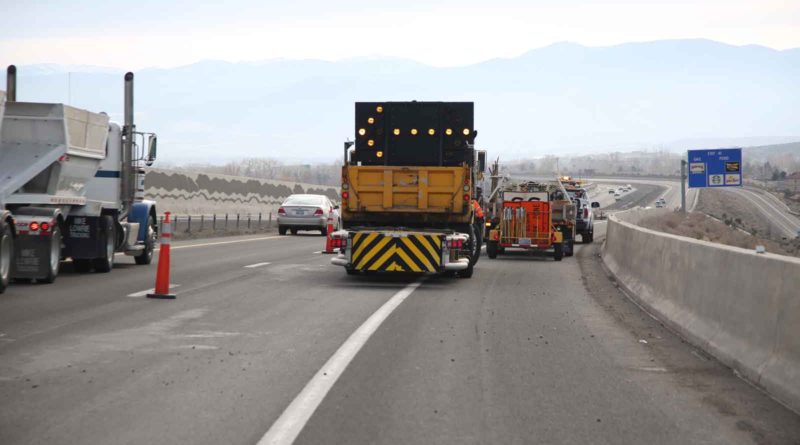 Current Nevada law (NRS 484B.607, originally added to NRS in 2003) requires drivers to slow down, proceed with caution, and if possible, move to the far lane when passing an official emergency response vehicle(s) pulled over on the side of the road with amber lights flashing.

The updated law requires drivers to also do the same for Nevada Department of Transportation vehicles which are stopped on the side of the road with their flashing amber or non-flashing blue lights on.

Such lights are often used on NDOT vehicles to warn drivers of an immediate traffic hazard, as well as when employees are constructing, maintaining or repairing highways.

NDOT has more than 600 vehicles and approximately 2,000 pieces of heavy equipment such as snow plows.

NDOT maintenance professionals perform as many as 100 different roadway maintenance tasks, from resurfacing state roads to removing snow. They are often some of the very first on scene to assist drivers and emergency responders when there is a roadway incident.

Specifics of the Law

Drivers found guilty of violating the law can be charged with a misdemeanor.

“Each and every NDOT employee works to keep our roads mobile and safe,” NDOT Director Rudy Malfabon said. “This law will in turn give our NDOT employees an extra measure of roadway safety. Earlier in my NDOT career, I worked on our road construction crews. Now, as NDOT director, I observe the daily efforts of our dedicated NDOT employees that keep our roadsides safe and clear.  This law will help keep our state road maintenance and construction crews, as well as drivers, that much safer.”