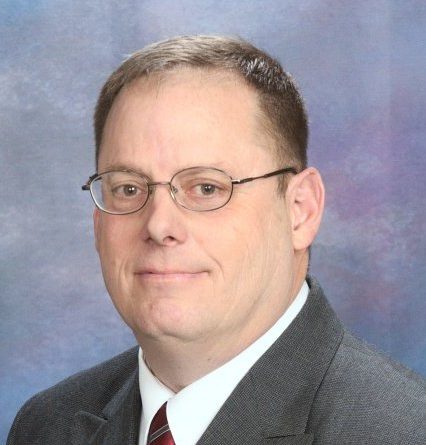 McNeil, a retired United States Marine Corp veteran, said it has been an honor to serve its citizens while safeguarding their Constitutional protections and enforcing the rule of law under the duties of the Office of Sheriff.

“During the past three years we have made significant forward progress and I am proud of the many accomplishments of the agency,” McNeil said. “While still under economic hardships from the housing crash, we reallocated resources and built collaborative partnerships that brought mental health services into the jail to reduce recidivism, established a Mobile Outreach Safety Team helping citizens before they became involved in the criminal justice system, positioned three School Resource Officers to increase children school safety and is changing the law enforcement-public relationships for future generations, and brought in 21st Century technologies to enhance delivery of services for all of our citizens.”

“Our greatest accomplishment is the crime rate reduction that occurred in 2016 and held throughout 2017, which hasn’t been experienced in Lyon County since the 1990s” McNeil added, citing no single reason for the crime rate reduction, but believes it is a combination of the three philosophical strategies implemented after assuming office, which included community-oriented policing, intelligence-led policing, and restorative justice practices.

McNeil is known for his visibility and approachability in uniform at community events, maintains an open-door policy, and is strongly committed to public engagement aimed at identifying resolutions for issues. A sitting member on the State of Nevada’s Advisory Commission on the Administration of Justice, he also participates in regional cooperative efforts to reduce the impact of crisis precipitated by mental health and has participated in local service organizations including the Northern Nevada Veteran’s Coalition, Rotary International, American Legion, and others.

“Truthful communication reduces community fear,” he said. “When law abiding citizens are armed with the truth, the criminal element cowers in the dark and looks elsewhere to commit its crimes, which in our case has been outside of Lyon County.”

“I am constantly mindful of tax dollars to fund public safety,” he said. “As a fiscally restrained leader, I want to know the community’s return on investment before any dollar is spent.” The agency has strived to make allocated funding go as far as possible in an extremely diverse and uniquely large geographic county.

McNeil believes that the job isn’t done and wants to build upon the many successes at transforming and progressing Lyon County law enforcement well into the 21st century.

“Among my top priority is developing strategies to change behaviors aimed at aggressive and assaultive behaviors, which leads to domestic violence and bullying,” he said. “Much of the aggressive behavior starts in the home and bleeds over into our playgrounds and beyond. If we want to be the most desirable county in the nation to live in, we must put an end to this type of behavior.”

For more information on McNeil’s platform, visit him on his social media page.