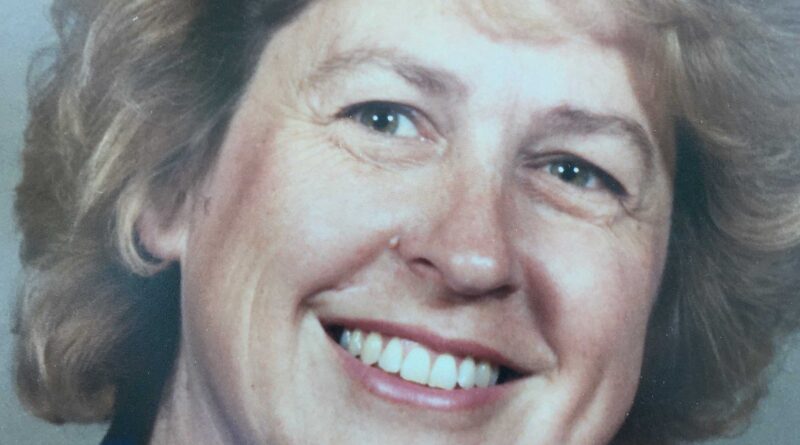 Marilyn J. Ritter Martin was the first child of Norman R. and Betty Jane Ritter. The Ritters moved to Nevada when Marilyn was six years old, living first in Elko and then moving to Reno when she was 14 years old. She graduated from Reno High in 1963 and started attending UNR. She met the love of her life, Monte Martin while attending UNR. They were married on February 14, 1965. She graduated from UNR with a B.S. in Education. She valued children greatly. She stayed home with her kids during the time most ladies were going into careers in the work force. This attitude carried on as both her children made sure there was a mom at home for their kids too! Her passion became ministry for Jesus. She taught Sunday School. She led many ladies many Bible studies, she was a leader in the establishment of Lahontan Valley Aglow. She used her teaching degree to help kids who were struggling in school.

She earned her Master’s in Theology in 1990 from Pacific Coast Bible College. In 1999, she designed and built the Prayer/Meditation garden at the Fernley Free Methodist Church. A few years later, she became the Pastor at the Fernley Free Methodist church. She became known as ‘Pastor Marilyn’. Pastor Marilyn followed her dual passions, teaching God’s Word and gardening. She started a Community garden at the church. The extra produce from the garden was donated to Living Faith Food Pantry. She supported the Fernley Crisis pregnancy Center as a Pastor and gardener. Her stake-less tomato plants that were sold to support the CPC are still missed! She was a mentor at Circles. One of her last acts as Pastor Marilyn was performing the marriage of her Grandson to his wife in 2011.

Marilyn was diagnosed with Alzheimer’s in 2014. She was moved into Fernley Estates in August of 2017 where she was lovingly cared for.  Monte visited her everyday he was able to. She passed away peacefully three months to the day after her beloved husband, Monte, on February 4, 2020.  She is survived by her Sisters; Sue and Sharon, her brother; Skip; her children; April (Steve); Troy; five grandkids and their spouses; and five great grandkids. A Celebration of Life service for Marilyn and Monte is happening on October 10, 2020 at 1 pm.  The location of the service is the Fernley Free Methodist Church out in the garden that she designed and built. In lieu of flowers please consider making a donation in memory of Marilyn to The Fernley Crisis Pregnancy Center or Fernley Free Methodist Church.