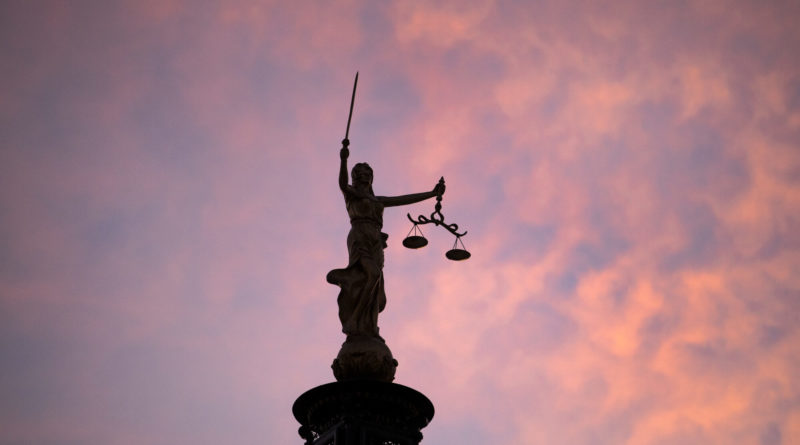 But the court’s September decision in Andersen vs. Eighth Judicial District Court is having aftershock effects outside of the state’s major population centers.

In rural Humboldt County (population 16,700), county public defender Matt Stermitz has filed a lawsuit in the state’s 6th Judicial District Court seeking an answer, or at least clarification, on a now pressing question caused by that ruling — should rural judges be allowed to oversee jury trials in misdemeanor domestic violence cases, even though such judges aren’t required to be licensed attorneys?

The motion was filed last month on behalf of an indigent client in Humboldt County accused of misdemeanor domestic violence, who was scheduled for a jury trial in the court of Humboldt County Justice of the Peace Jim Loveless — a former detective in the county sheriff’s office who did not attend law school and isn’t a licensed attorney.

Although a final resolution in the case will likely take months and no oral arguments have been set, Stermitz said he was hoping for direction from the Legislature or the state Supreme Court to clear up an important question now facing many of the state’s rural courts, where there is still no requirement for Justice Court judges to have a formal legal education or be licensed as an attorney.

“Out in the rural counties, there are two different levels of justice,” he said in an interview. “Why is a victim of crime in Clark County entitled to a more competent judge than a victim of sexual molestation in Winnemucca?”

A relic of Nevada’s pioneer days, the practice of allowing so-called “lay judges” — individuals not licensed as attorneys — to serve as lower-rung judges primarily in misdemeanor cases now only exists in eight states: Arizona, Colorado, Montana, New York, Nevada, Texas, South Carolina, and Wyoming. Other states require all judges to be licensed attorneys, while others offer defendants the ability to seek a new trial if sentenced by a non-lawyer judge.

Nevada has no legal education or licensing requirements for municipal court justices, and only requires Justice Court justices to be a licensed attorney if they represent a county with a population above 100,000 people. There is no list of judges in the state who are not licensed attorneys, but at least eight rural township judges elected in 2018 did not attend law school.

Prior to the late 1980s, Nevada allowed any person with at least a high school diploma to run for justice of the peace positions — regardless of county population. But those requirements were changed in a 1987 Nevada Supreme Court decision that found the state’s justice and municipal courts are not procedurally equipped to handle such trials, and because non-lawyer judges lack the legal knowledge necessary to conduct trials or handle jury instruction. State lawmakers added a requirement for justices of the peace in large counties to be licensed attorneys in 1987, creating the state’s current tiered system for Justice Court judges.

But the Nevada Supreme Court’s decision in late 2019 to grant jury trial rights in cases of misdemeanor domestic violence threw a wrench in that tiered system. The seven-member court ruled that recently enacted laws taking away gun ownership rights for individuals convicted of misdemeanor domestic violence marked a serious enough penalty — and deprivation of constitutional rights — to warrant a jury trial.

The order prompted concerns among local governments around the state, which have been working on ways to logistically address the new requirements without clogging up the state’s court system. According to a 2017 report, law enforcement made more than 21,000 arrests in Clark County alone for domestic violence crimes.

But Stermitz said the Supreme Court’s decision failed to mention or acknowledge that 1987 case, leading him to file his petition and seek clarity on an issue that the court did not mention in its order.

He notes in his filing that in the preceding decades, the number of rural justice and municipal courts have been cut in half and that Interstate 80 has been completed, meaning the road through rural Nevada “no longer winds through the rural towns of Fernley, Lovelock, Imlay, Winnemucca, Golconda, Battle Mountain, Carlin, Elko, Wells and Wendover.”

Stermitz also cited a 1974 California Supreme Court case that ruled that non-attorney judges may have had a legitimate use in the past were justifiable given the lack of attorneys in rural areas, but that in modern times with “increased complexity of criminal law and criminal procedure,” it was a violation of due process rights to have a non-attorney judge levy a jail sentence.

He said that his ideal outcome would be an order directing such cases in rural counties to proceed immediately to District Court, where justices are required to be licensed attorneys. Although Stermitz said he wasn’t seeking a change requiring all rural judges be required to have a law degree, he said it was difficult to justify the criminal justice system.

“Do you really want somebody who doesn’t have that legal training refereeing a case like this, where you might have a child victim, or an abused spouse testifying against a very violent person?” he said. “The cop had to go to POST (Peace Officer Standards and Training), the D.A. had to go to law school, the public defender has to go to law school, and now we have a lay judge with high school diploma standing between these parties?”