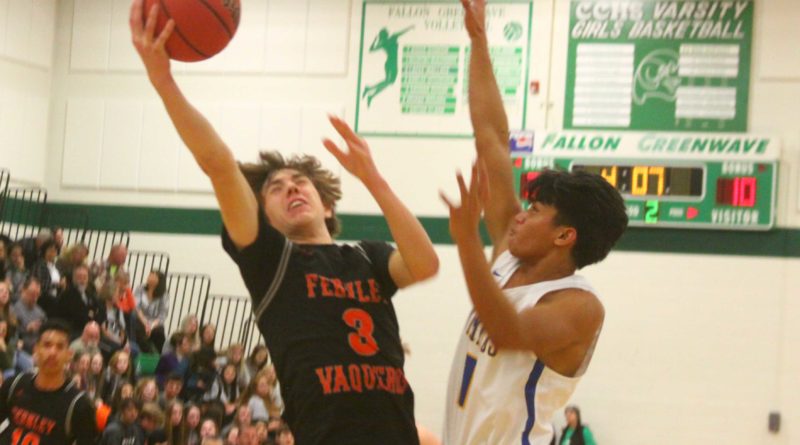 Fernley sophomore Carson Kingston and junior Daunte Ceresola were each chosen to the Northern 3A All-league team, while Kingston also earned a place on the 3A All-State team.

Kingston, who showed promise as a freshman, broke out in a big way as the team’s top offensive threat. He led the team with an average of 16.1 points per game, which ranked fourth in the league, as well as 5.0 rebounds and 2.0 assists per game.

He was chosen to the All-League first team and the All-State second team.

“Carson put in a great deal of work in the offseason and it showed,” coach Derek Miller said. “He had a huge year for us and was one of the top players in our league. I am excited to see what the future has in store for him. I know that he is driven to improve and will continue putting in the work.”

“Daunte continues to improve as a player each year,” Miller said. “I am looking forward to see what he adds to his game this offseason.”