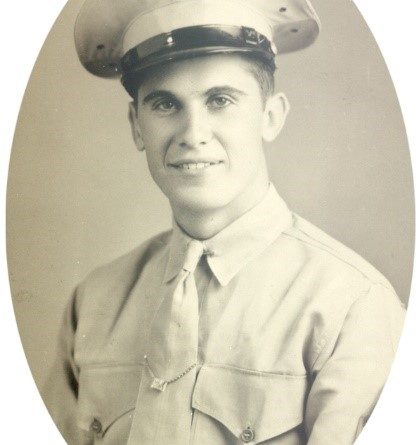 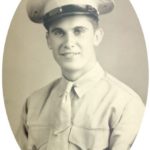 Joe Antone (1924-2019) was the 11th child of 13 born to Peter Antonichuk and Anastasia (Ambrosychuk) Antonichuk, Ukrainian immigrants to Canada, who then immigrated to northern Montana to homestead and farm wheat in the early 1900s. They settled in the Scobey, MT area where Joe was born. He spoke only Ukrainian until he started school and had to learn English. He joined the Marine Corps at age 17, the day after the attack on Pearl Harbor, served in the Pacific Islands Campaign and instructed rifle artillery and assault demolitions to the troops 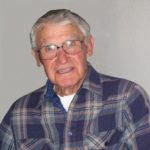 destined for Iwo Jima. After the war, he returned to Lakeview, OR where he met and married Letty (Blank) Parks, who had a young son, Roger, and they added Connie, Cris, and Corinne to their family. While in Oregon, he owned two airplanes, a PT-26 and a Taylor Craft that he flew to Reno often. He worked many different jobs to support his family, as a logger, heavy equipment operator, fire fighter, and demolitions expert along the Alaskan pipeline to build a power line. He had a tremendous work ethic. In the 1950s he moved his family to Reno where Mitzi and Bernie were born. In 1962 he built a home in Washoe Valley, which would become the hub for his family and extended family for the next fifty years and where many good memories were made. While there, he started a pickle company, Bonanza Brand Pickles, and sold dill pickles to most of the local casinos, restaurants, delis, and grocery stores, including the Liberty Belle and Bucket of Blood in Virginia City, his favorite establishments. He was always kind, generous, had a cheerful disposition, and always willing to help anyone in need.

In his later years, due to declining health, he moved to Fernley where he was loved and well cared for by his family. Joe was surrounded by his loving family when he passed away on September 29th at the age of 95.

He was preceded in death by his parents, all his siblings, and his wife Letty in 1979. He is survived by his children Roger and Meredith (Sis) Parks, Connie Antone-Knoll, M.D. and Bob Knoll, Cristine and Bill Strom, Corinne Antone and Mark Nelson, Ed.D., Mitzi and Lew Cavalier, Bernie Antone; grandchildren Ben and Nikki Antone, Jenny and Jason Peard, Andy Knoll, Danny Knoll; great grandchildren Hailey Antone-Parker, Miles Antone, Kate Antone, Jackson Buus, Chloe Reese, Quinn Reese, Lane Peard and Britnie Lau; great-great granddaughter Audrey Parker, great-great grandson Waylon James Peard; and many nieces and nephews. He was one of a kind, loved his family dearly, was loved by all who knew him, and will be sorely missed. A funeral Mass at St. Patrick Catholic Church in Fallon followed by service and interment at the Northern Nevada Veterans Cemetery in Fernley will be held on Thursday October 10, 2019, at 10:30 a.m.