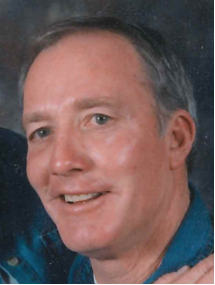 He was the second of 3 boys born to Lillian Susan Pearl and Joseph William Ellington.

When Jack was 12 the entire family moved to Hawthorne Nevada to live with Bill’s sister.

Bill got a job at Anaconda Mine in Yerington, NV as a gardener and his mother took a position as the main housekeeper.

In the years to come Jack learned all about American sports. His friend Jim Sanford introduced him to baseball, and Jack immediately fell in love with it. Through his high school years he excelled in baseball, basketball, and football. He was the quarterback for his football team and captain for all squads. As a senior Jack threw the first no hitter in Nevada high school baseball on March 27th 1965 against Douglas High School, throwing 17 strikeouts for a winning score of 4-0.

Jack was then provided a full ride scholarship to UNR and graduated with an education degree. After, he became a teacher at Smith Valley HS.

Jack later became an electrician and married his second wife Joni Ingram who he was married to for 42 years. They lived their lives to the fullest… camping, fishing, hunting, and traveling the world. But the majority of the time revolved around traveling playing softball. He played for the Rosaschi Dusters and ended his career with the Reno Express with many of his lifetime friends. Jack was a multiple time medalist at the Huntsman Senior World Games. Earning 3 golds, a silver, and a bronze in softball.

Jack and Joni lived in Fernley, NV for 37 years as active members of the community. Jack volunteered as a basketball coach, little league baseball coach, and a lifetime Ducks Unlimited board member.

Jack moved from the electrician field and ended up retiring from UNR as their Facilities Coordinator in 2013.

While softball was a major hobby, his biggest passion was waterfowl hunting. He owned a guide service focusing on ducks and geese in Mason Valley and spent the majority of his time with his best friend Gary Mattice scouting and hunting at their clubhouse known as the “Toulon Hilton”.