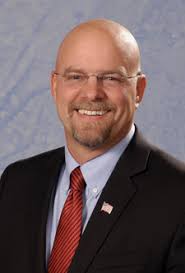 Nevada State Senator Ira Hansen will be the guest speaker for the next meeting of the Fernley Republican Women.

The meeting is scheduled to be held in the back yard of President Anita Trone, at 6:30 p.m. next Tuesday, Aug. 18.

Hansen will discuss the two special legislative sessions called by Governor Steve Sisolak. The public is always invited to attend but everyone, including FRW members, must RSVP to Anita at anitatrone@gmail.com.

Hansen served four terms as the Assemblyman for District 32 and is currently serving in Senate District 14. He is regarded as an advocate for constitutionally limited government, lower taxes, and for individual responsibility. Hansen has also served as a talk show host for 780 AM KOH and for 99.1 FM KKFT radio stations and a newspaper columnist for the Sparks Tribune and Elko Daily Free Press, and as a non-paid public advocate, he has attended and testified at the Nevada legislature since 1987.

In addition to being a press watch dog, Hansen has been heavily involved in civic, religious, and business affairs within the community. He has served as a Sparks Little League coach, a Sparks Pop Warner coach, and as a Scoutmaster for the Boy Scouts of America. He is a third generation Eagle Scout and all of his four sons are Eagle Scouts.

The FRW’s Caring for America/Adopt-a-Soldier Program collects non-perishable foods for the Fernley Food Bank, along with donations of funds and care items for their adopted soldiers. The soldiers need single serving food items, personal care items and, most especially, cards and letters from home.

The Literacy Committee collects new or slightly used children’s books for Bow Wow Books, an organization that teamed up with the Fernley library. Bow Wow Reading Dogs are non-judgmental certified therapy dogs who listen to children reading aloud. The dog’s handler has been educated on how to help readers learn to read.  All contributions for these important programs will be greatly appreciated. Financial contributions can be sent to the FRW at P. O. Box 412, Fernley, Nevada 89408.