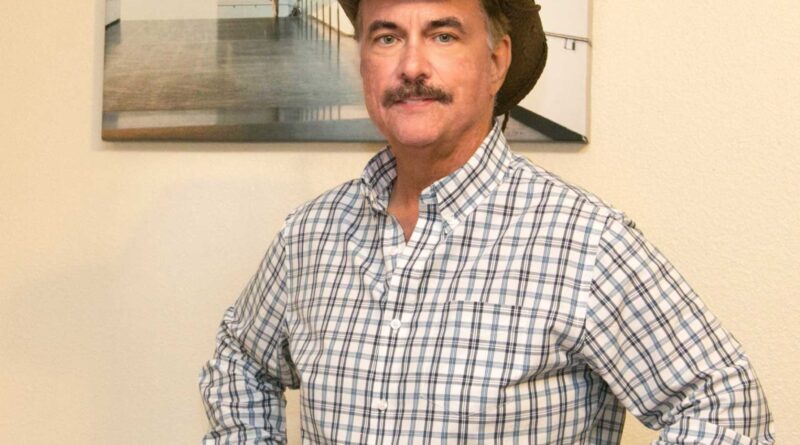 Photos illustrations by Fernley photographer Joseph Maino are featured in a new book of poetry written by Mark Scheel that was released July 29.

“Mark Scheel’s Star Chaser, with photo-illustrations by Joseph Maino, is “a creative burst exploring the relationships among ancient legend, the life cycle, the autobiographical and modern day angst,” according to a description of the book by Anamcara Press.

The project was years in the making, going back to the early 2000’s when Maino and Scheel worked together on Kansas City Voices, an annual magazine with an eclectic mix of fiction, essays, interviews, articles, poetry and art.

Scheel is the author of six books, and he was working as prose editor for Kansas City Voices when he and Maino met.

Maino, who is a past contributor to the Fernley Reporter, was a contributing photographer to Kansas City voices, as well as the Kansas City Star newspaper. That working relationship turned into a collaboration when Scheel asked Maino to illustrate the book of poems he was working on.

“Star Chaser” includes 11 photographs by Maino, each customized to try to augment the emotion of the accompanying poem. The book is divided into three sections, signifying past, present and future.

“I would visualize several different ways to illustrate the emotions of the poem and change words to pictures,” Maino said.

The cover photo shows a silhouetted Scheel leading against a tree with the moon and stars featured prominently, but is positioned in a way that the reader doesn’t see the tree Scheel is leaning against.

Maino said Scheel gave him complete freedom to imagine and shoot the photos for each poem, and then chose those he liked the best. Although the entire project has taken eight to 10 years to get to publication, Maino said all of the photos were taken within a six to eight month period.

“I had absolute freedom to come up with photo concepts and in several instances I gave him choices,” Maino said. “I’d say I worked alone, together.”

One of the photos accompanies a poem about the 9/11 terrorist attacks, that Maino said “Hit me to the quick.”

While trying to figure out how to convey the emotion of that poem into an image, he came up with the idea to build a replica of the Twin Towers using Legos, and the photo shows the arm of a child holding a plane flying toward one of the towers.

“It hit me that it wasn’t just people who were there on 9/11 or the adults who lived through it, it’s the children, and they’ve been affected,” Maino said.

Another poem touches on the Vietnam War. Scheel served in the Red Cross during the Vietnam War, and Maino said the idea for that photo came to him when he found out that Scheel still has all of his old uniforms and his helmet and the case he kept them in. The photo shows the uniforms laid out around the case.

“That represents what he did and who he is and adds context to what he wrote,” Maino said.

Maino has displayed his art in gallery shows at the Art Indeed Gallery since 2018, in the art show at the Lyon County Library since January, is the photographer for the Fernley Community Foundation and is a member of the Fernley Arts Culture and Events Squad (ACES).

He’s also had hundreds of photos published in newspapers and magazines.

But being published in a book is a first for him, and it’s a thrill of a lifetime, even though he hasn’t seen a copy of it yet.

“Without even seeing it I’m literally over the moon,” Maino said. “It’s a wonderful honor to be asked to do this for Mark’s book.:

The book is available in hardback, paperback or eBook format at: