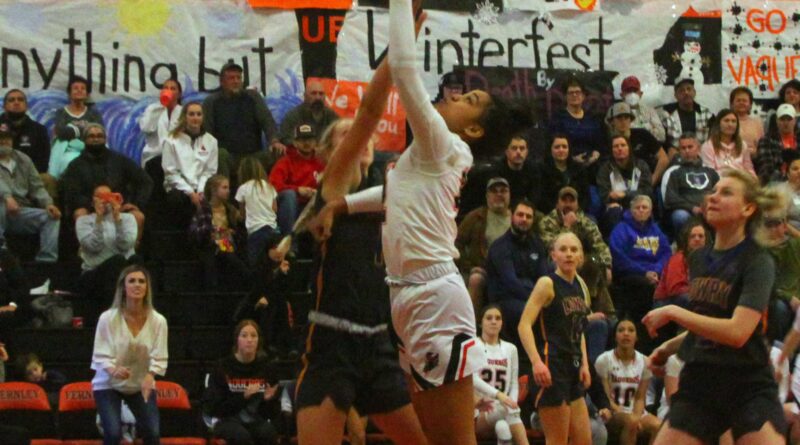 With two wins over Fallon last Friday and Monday, the Fernley High School girls clinched the fourth seed from the East Division of the Northern 3A for the upcoming Northern 3A Region Tournament in Winnemucca.

With one game left in the regular season, Saturday at 1 p.m. in Dayton, the Vaqueros are set as the No. 4 seed and will face Wooster, the No. 1 seed from the West Division, in the first round of the Region Tournament.

The Vaqueros beat Fallon 30-23 Friday night, in a game they trailed by double digits in the first half. Fallon led 16-6 late in the second quarter, but the Vaqueros held the Greenwave to seven points the rest of the way.

Jaelece Wasson was the only Fernley player to score in double figures, with 15 points.

The teams met up again Monday night to make up a game that had been postponed earlier in the season, and the Vaqueros had an easier time in the rematch, winning 45-23.

Wasson had another big game with 18 points, and this time, Kaiserita Otaufi joined her in double figures with 10 points.

In between, the Vaqueros lost 56-39 to Lowry on Saturday. The Northern 3A’s best team outscored Fernley 33-16 in the first half and maintained a firm grip on the lead throughout.