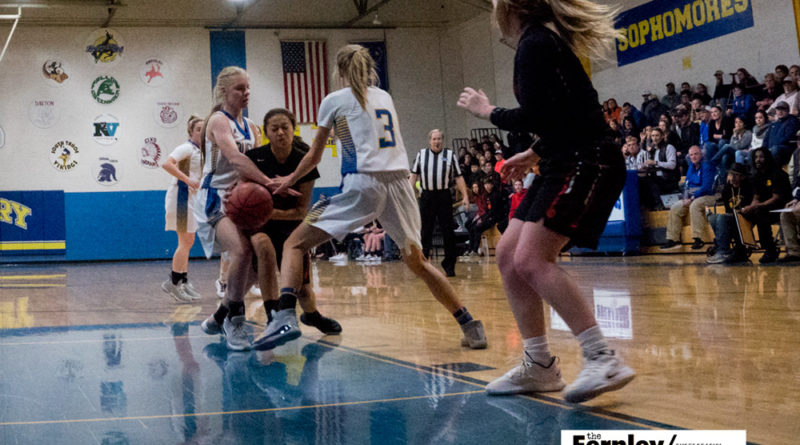 It took the first two quarters of the opening game for the Fernley High School girls basketball team to find their legs.

Since then, they’ve been off and running.

The Vaqueros shook off that slow start, and have reeled off four consecutive wins heading into their first home game of the season, against Fallon at 2 p.m. Saturday.

The Vaqueros beat Incline 49-35, Douglas 57-43 and Galena 62-16 in the Spanish Springs Winter Tip Off, then blasted Lowry 64-39 in their first league game Wednesday night in Winnemucca.

In the opener against Incline on Dec. 5, the Vaqueros and Highlanders were tied at 13 at the half, before the Vaqueros reeled off 21 points in the third quarter and 15 more in the fourth to pull away.

“Incline is well coached and have a really nice team,” Kingston said. “I see them going far in their division.”

The Vaqueros finished the tournament by blasting Galena 62-16.

Burns led a balanced attack with 13 points, Condie scored 11, Sullivan had 9 and both Jacobson and Bunyard finished with 8.

“The kids are improving, and we will need to continue to improve each game,” Kingston said.

“The team played excellent defense, and shared the ball making good decisions throughout the game,” Kingston said. “I’m extremely proud of how hard they are working and their decision making.”

Jacobson and Sullivan both scored 16 points, while Condie was the third player in double figures with 11 and Aly Sullivan nearly got there, with 9.

Kingston, who has been an assistant the last eight seasons under both Ross Wilson and John Rogers, steps in for his first season has head coach. He has served as the JV and freshman coach during his time in Fernley, after working for several seasons as an assistant under Jack Smith at Lowry.

Kingston said the Vaqueros have a good mixture of size and speed, which will give them the ability to mix up their looks and to play any style, depending on the matchup.

He said the Vaqueros will run a motion offense, with variations off of that, and add or subtract aspects as the season goes on, depending on what works.

“If something’s not working, hopefully we’re simplifying things enough as it is, so we can play the game of basketball and then make good decisions when we’re out there,” Kingston said.