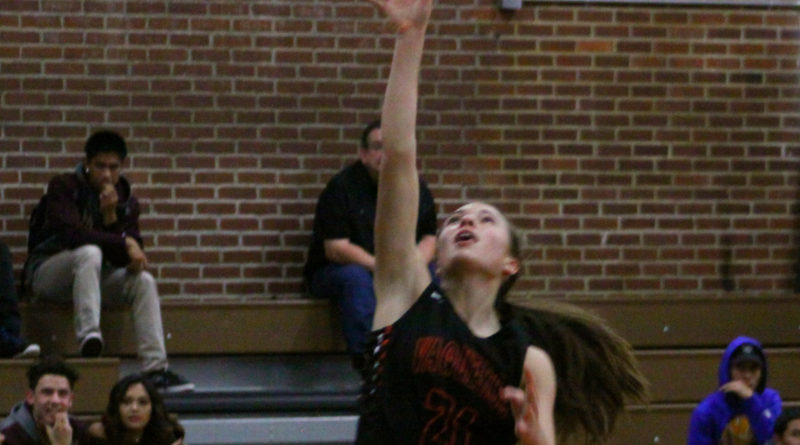 The Fernley High School girls basketball team had a relatively easy time of it Saturday, rolling to a 51-21 win at Sparks.

Now the Vaqueros turn their attention to a much stiffer challenge Tuesday.

Having last faced two probable playoff teams in Spring Creek and Elko, and with a game upcoming Tuesday against league-leading Fallon, coach John Rogers figured the Vaqueros might have trouble playing with peak energy Saturday.

“It’s hard to go from playing the top teams to the bottom teams, hard to stay up at the same energy level,” Rogers said. “I felt we attempted to, it was just one of those days.”

To counter that, Rogers started five seniors, and mixed up the player rotations to try different lineup combinations.

“We wanted to look at some different rotations, play some kids with other kids that typically aren’t on the court at the same time together,” he said. “Some girls got some points who don’t usually score a lot.”

Jaiden Sullivan led the Vaqueros with 14 points, Hailee Edgar and Amy Huckaby had 7 each and Grace DeLeon and Ali Conder both had 6.

The Vaqueros were never seriously challenged, leading 10-5 after one quarter, 24-9 at the half and 40-12 after here quarters.

But it was Fallon that was on Rogers’ mind immediately after the game. He said the team will scrimmage against the JV boys team in practice Monday, to simulate the pressure defense Fallon used to beat the Vaqueros in the first meetings between the teams on Dec. 13. In that game, Fallon led by 14 in the first half, then Fernley cut the lead to 3, before Fallon finished the game on a 25-0 run.

“Their pressure got to us early and late,” Rogers said. “But we feel what we do is what we do and we can have success and we’re not going to really change anything.”