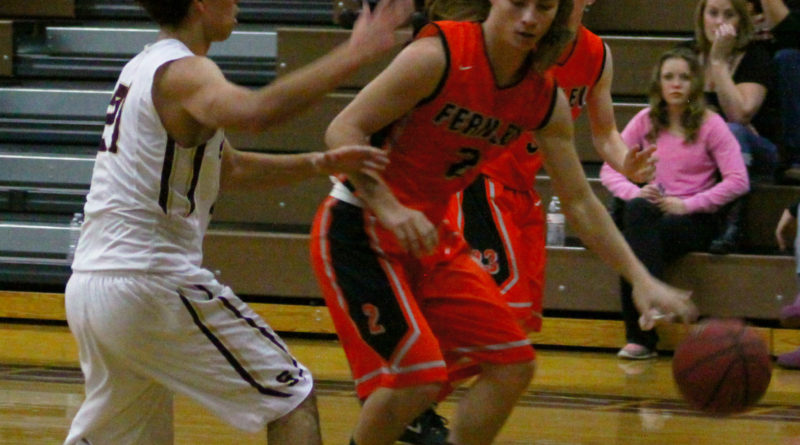 After a week that included a flood, a snowstorm, two school cancellations, which means no practice, and a postponed game, the Fernley boys basketball team looked all out of sorts for the first half Saturday at Sparks.

In the second half they found their footing. The result was an easy 64-39 win for the Vaqueros, running their record to 5-2 in the Northern 3A and 11-5 overall.

After scoring just 23 points in the first half, the Vaqueros poured in 41 in the second, shaking off the effects of a disjointed week.

“It’s been a weird week, so it doesn’t really surprise me that we started slow,” coach Derek Miller said. “In the first half we just didn’t share the ball, we had guys forcing shots, which is not characteristic of us.”

The constant for the Vaqueros, however, was their defense, particularly a fullcourt press and a halfcourt trap that hadn’t been as effective earlier in the season.

“We had a little more luck with our halfcourt traps,” Miller said. “That’s something we’ve been working on, because early in the year we didn’t run them well.”

Because of that defense, the Vaqueros went to the halftime locker room with a 7-point lead, despite scoring just 23 points.

They got their running game going in the second half, both by forcing turnovers out of their traps, and off defensive rebounds.

A dunk by Justin Turner on a fast break capped an 8-2 run to start the third quarter that extended the lead to 31-18.

Fernley extended its lead to 15 on a 3-pointer by Dario Ceresola with 1:22 left in the third quarter, to 20 on a layup by Ethan Hunter with 5:30 left in the game and the Vaqueros finished the game with a 9-0 run.

“We know they’re better than the first time and we’ve got to be ready,” Miller said. “It’s a tough place to play, but I’m excited to see if we can get a little redemption there.”

Last Tuesday’s game at Truckee, which was postponed because of flooding, has been rescheduled for Thursday, weather permitting, and the Vaqueros are scheduled to play at Lowry Saturday.