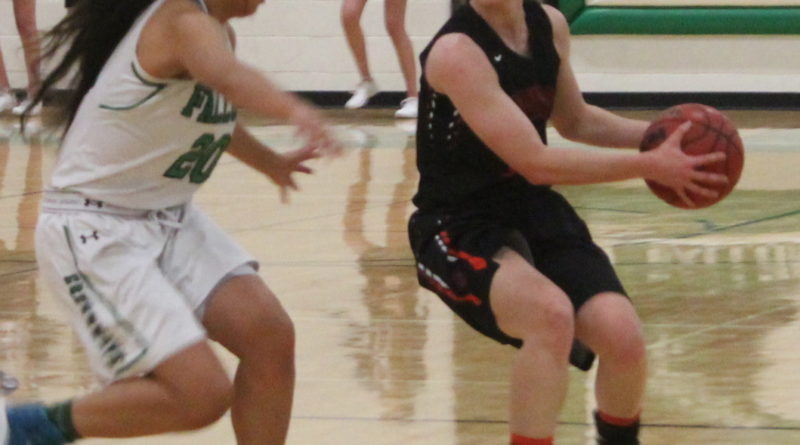 The game opened with a trey from Fallon’s Caitlyn Welch. Fernley tied the score, but the Wave quickly leapt into the lead. The Vaqueros recovered though, closing to trail 17-11 at the end of the first quarter.

In the second quarter, Fallon continued its attack. The Wave pinned down Fernley’s offense, holding them to only 7 points. At halftime, the Lady Wave had opened to a strong 32-18 lead.

As the second half began, Fallon continued its crushing offense. Lailani Otuafi and Welch controlled the board and provided most of the points to the Lady Wave. By the end of the quarter, the score had opened to 53-25. In the final quarter, Fernley’s defense held the Wave back. While Fallon maintained its strong lead, the Lady Vaqueros kept the Wave from gaining more ground before the final buzzer.

Fallon coach Anne Smith said this was the best all-around game of basketball the Lady Wave has played this season.

Defensively, she said the team controlled turnovers and met its goals for improvement. On offense, Smith said the players controlled the boards, making great shots and rebounds.

“Our defense was on point,” she said. “[Otuafi and Welch] have worked hard in practice, so I was happy to see them be able to hit from the outside.”

She said it was nice to see their efforts pay off. The duo led the team with Otuafi scoring 26 points and Welch tallying 21, and the Greenwave hit 10 3-pointers.

Fernley coach John Rogers said the Vaqueros played tough at both ends of the floor.  “We struggled to hit shots and Fallon did a good job of moving the ball and finding the open shooter, and they made a large majority of them,” Rogers said. “We did our best to contest shots, hats off to Fallon for how they played last night.”

Hailee Edgar lead the team with 18 points in her best game of the season.

“I was very happy with her on both ends of the court,” Rogers said. “Grace DeLeon also played strong and ended up with 8 points and 8 rebounds.”

The rest of the team struggled to score.

“The shots were there and we didn’t knock them down,” Rogers said. “We are inconsistent with our scoring and that needs to change. The girls played their hearts out and I was proud of the effort moving forward.”

The Vaqueros are scheduled to play Thursday at Truckee, in the make-up of a game that was postponed last Tuesday, weather permitting. They also visit Lowry Saturday.