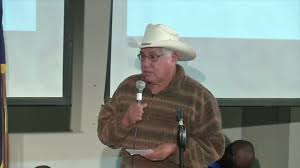 A public virtual service will be held Saturday to remember former Pyramid Lake Paiute Tribal Chairman Norman Harry, who died Aug. 11 at his home in Nixon. He was 65.

As chairman, Harry was instrumental in the negotiation of the Truckee River Operating agreement, and the Pyramid Lake/Truckee-Carson Water Rights Settlement, which settled decades of litigation between parties in the Truckee Meadows region.

“Known for his expertise in environmental and water issues, and as a traditional knowledge holder, he was recognized as a national leader in the environmental justice movement, mentoring countless organizers fortunate enough to learn from him,” his obituary reads. He worked tirelessly with Indigenous and rural communities in the defense of their precious water and environmental resources.”

Harry was born Oct. 20, 1954 and was raised on the Pyramid Lake Paiute Reservation. He graduated from Fernley High School, where he played basketball and competed in rodeo.