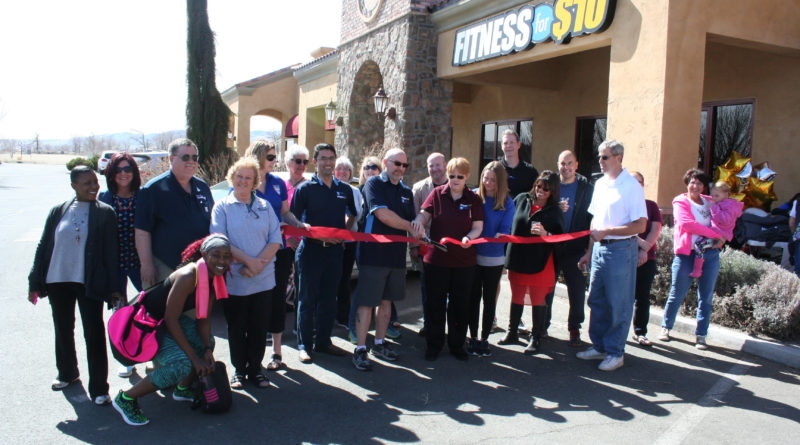 The long-awaited Fitness for $10 location in Fernley opened earlier this month, and celebrated its Grand Opening on March 11.

A crowd of between 20 and 30 joined owners Denny and Angela Berry for a toast of sparkling apple cider and the official ribbon cutting.

Denny and Angela Berry are also owners of the Fitness for $10 franchise in Fallon, and said they have had their eye on opening in Fernley for nearly two years. Along with the fitness equipment and free weights, it will also offer a variety of exercise classes.

In addition, Denny Berry said Touch of Paradise physical therapy will be moving in, as well as a chiropractor, Dr. Xavier Martinez of Integrated Spinal Solutions.

“This parking lot and this building, we’ve all driven by it and wondered when something would happen,” Chamber of Commerce President Kelly Brye said. “This brings absolute cityhood to Fernley. It keeps commerce here and helps the voters and all of us.”