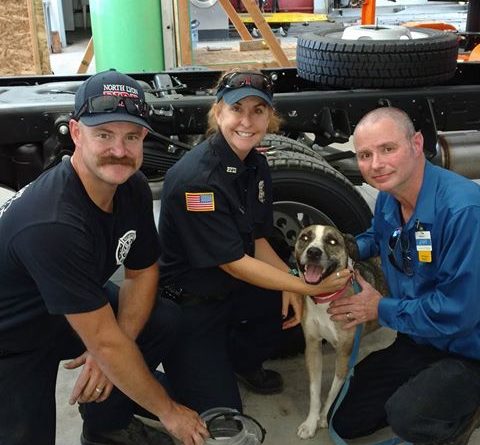 Not all patients the North Lyon County Fire Protection District paramedics and EMT’s treat are the result of calls to 911.

Sometimes the patients come to the station.

“They arrive with all kinds of problems.,” Fire Chief Scott Huntley said. “Some even have four legs.”

Paramedic-Firefighter Kelli Cartwright and Captain Josh Cohen provided a swift extrication Tuesday morning, when a man brought in his dog, who had his head stuck inside a jar.

Huntley said Cartwright and Cohen sawed the jar off the dog’s head.

“From what I witnessed this was one very appreciative pup!” Huntley said.

The name of the dog, or its owner, was not available.