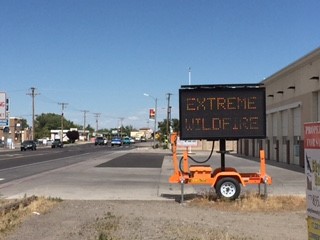 The sign currently advises of the dangerous wildland fire conditions that exist. The recent fire at Walnut Drive north of Royal Oaks Drive is a case in point. It only took one little spark to ignite a one-and-a-half-acre fire in a vacant lot, given the dense, dry, foliage.

District Fire Chief Scott Huntley and North Lyon County Fire District Board member Linda Carr, during the District Board Meeting on June 16, discussed how the wall on the west side of Highway 95A that fronts the vacant lots, saved the fire from jumping the Highway and burning into the Fernley Highlands. 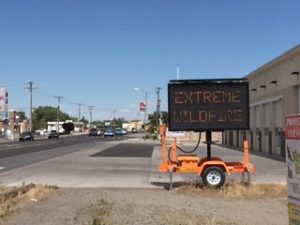 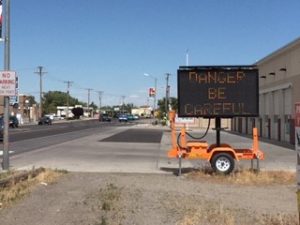 Provided to the Fernley Reporter
The North Lyon County Fire Protection District uses its solar powered silent messenger board in front of Station 61 on Main Street to warn residents of fire conditions and safety issues.