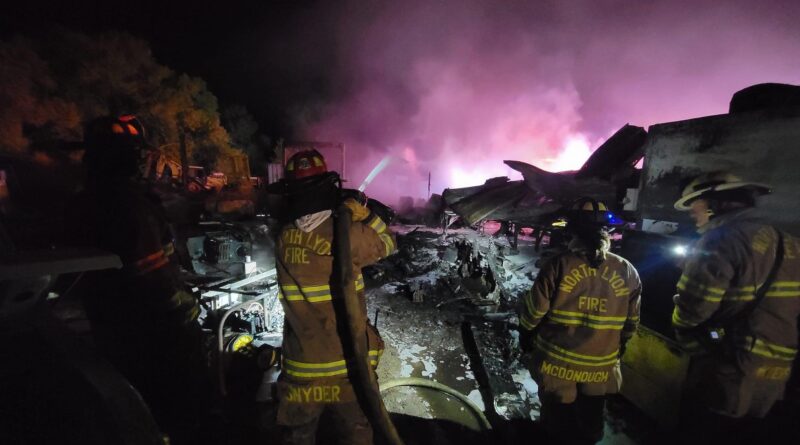 The State Fire Marshal’s Office is investigating the cause of a fire that destroyed an outbuilding behind Carpet King on U.S. 95 A Sunday night.

The fire was reported at approximately 8 p.m., and firefighters who responded found a shed/barn on the back of the property fully involved in fire.

However, firefighters were hampered by the lack of fire hydrants in the area. Water tenders were brought to the scene, with more than 40,000 gallons of water shuttled in for the incident. Crews from Storey County Fire and Central Lyon County Fire assisted North Lyon Fire. Unfortunately the structure was a total loss.

Pyramid Lake Fire covered the district during the incident, as all crews from Station 61 and Station 62 were on scene.