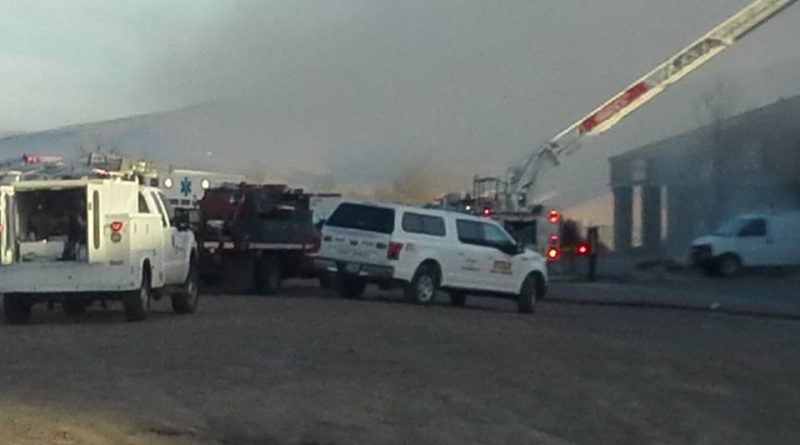 The Fernley Thrift Store and several adjacent businesses are closed because of significant damage from a fire that started early Monday morning.

North Lyon County Fire Protection District Chief Scott Huntley said the fire district was paged to a structure fire at the Thrift Store at 878 U.S. 95A at 4:58 a.m. Monday.

Huntley said the fire started in the storage area of the Thrift Store, and fire crews were still on scene late Monday afternoon.

The cause of the fire is still under investigation, Huntley said, and members of the fire department and the Community Emergency Response Team are still holding the scene.

No injuries were reported, Huntley said, and most of the businesses had not yet opened for the day.

Huntley said other adjacent businesses, including Kaia FIT, Eternal Image and A to Z RV Repair are closed because of fire, smoke or water damage.

“I think they will be affected for quite some time because of the damage,” Huntley said.

The businesses on the south end of the strip mall were allowed to reopen Monday afternoon.

Huntley said the fire department had to change out crews while fighting the fire because of some of the materials inside. Lyon County crews also had to assist to divert water that was flowing out the back of the property and draining into back yards on Marshall St.

In addition, a vehicle accident happened at the intersection of Cottonwood Ln. and 95A while crews were putting out the fire, and one person was transported by ambulance to a Reno hospital.

Huntley said the investigation into the cause of the fire is still ongoing, and the scene won’t be released until it is completed.

2 thoughts on “Fernley Thrift Store, other business closed after fire”