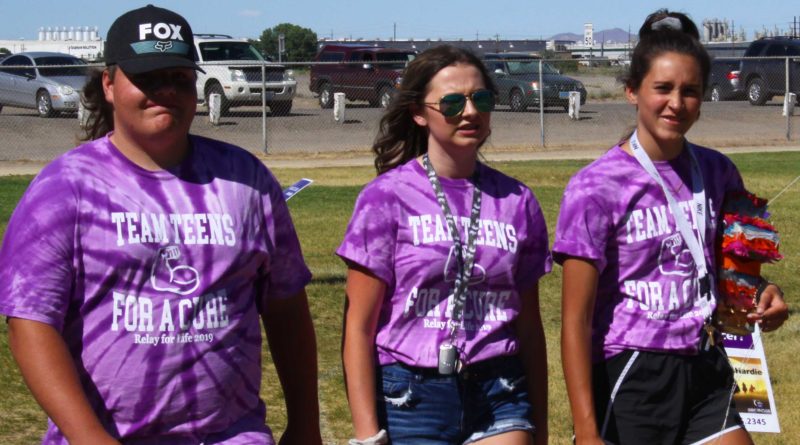 Cancer survivors, family members participating in memory of those who have died from the disease and other supporters filled the Out-of-Town Park last Saturday to participate in this year’s Relay for Life to raise money for the American Cancer Society.

This year’s event has raised more than $53,000 so far, with fundraising continuing through the end of the event year on Aug. 31.

Event lead Ryan Robinson said 27 teams with at least 257 registered participants signed up for this year’s Relay, while other participants stopped by the park throughout the 24-hour event. This year’s theme was “How the West Cures Cancer.”

Along with the fundraising efforts by each of the teams, the event featured the traditional survivor’s dinner and the luminaria ceremony, in memory and in honor of those who have lost their battles with cancer.

“That’s the biggest reason we do this, to honor them,” Robinson said.

Participants received beads for every mile they walked, and the event included games and other activities. Teams held a variety of fundraising efforts, including selling crafts, treats and other items, and there was also a silent auction. This year’s event featured a makeshift “jail.” Any participant could issue a “warrant” for another participant, who was held in the “jail” until another volunteer posted their “bail” to get them out.

“Actually, it was more than Reno has ever gotten,” he said.

Tom McCoy, the Nevada director of government relations for the American Cancer Society’s Cancer Action Network spoke about programs the charity fought for in the last session of the legislature.