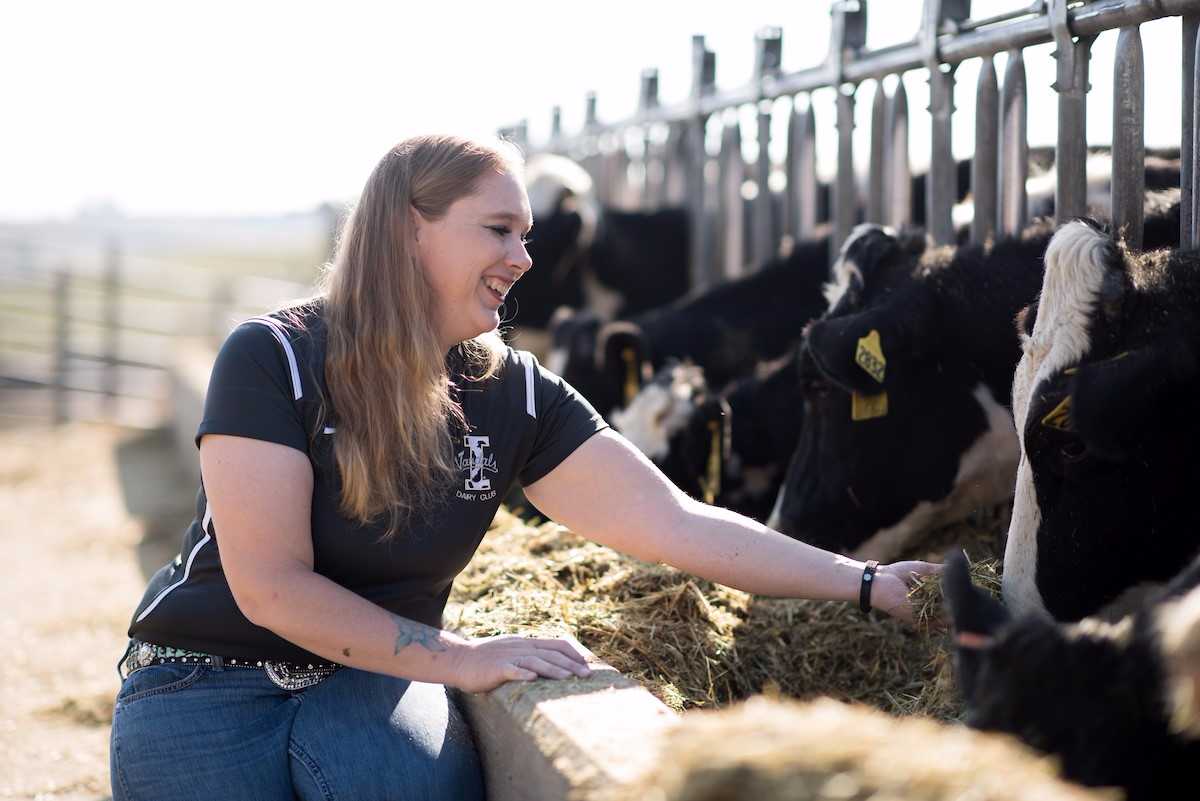 By Amy Calabretta, University of Idaho

Finding her passion has been a circuitous journey for Corrina Cheatham. With the help of her family and a determined spirit, the University of Idaho student is now on the path to achieving her dreams. She will graduate with a degree in animal and veterinary science: dairy option this fall from the College of Agricultural and Life Sciences.

When Cheatham graduated from high school in Fernley in 2002, she had no idea what she wanted out of a career. She had always liked animals, but didn’t want to become a veterinarian, and didn’t know about other opportunities in animal agriculture.

“In high school it was about going into health care or engineering or some sort of trade school,” Cheatham said. “We didn’t have a real strong agriculture department or anyone who had information about what you could do. Unless you came from a farming family, you didn’t have that opportunity.”

Cheatham got a job and considered pursing a degree in education. Her dad was a police officer and encouraged her to apply to the Transportation Safety Administration (TSA) in Reno so that she would have a job that included benefits. Cheatham worked for TSA at the Reno Airport for two years before transferring to the Boise Airport in 2008 when her family decided to move to the Boise area.

“It wasn’t supposed to be a career, but I ended up working there for eight years,” Cheatham said.

In 2014, Cheatham’s close friend and coworker died. Cheatham’s emotional response led her to seek counseling, and she was diagnosed with obsessive compulsive disorder.

“It explained a lot of my childhood and why I had so many issues learning, because if things weren’t done correctly I would get frustrated and anxious and this spiral would happen,” Cheatham said. “My mom noticed things weren’t right but they could never figure out what was wrong. I was tested at school for learning disabilities and ADD and ADHD and nothing came back.”

Cheatham began taking medication for her disorder but found herself having trouble focusing. The stressful work environment at TSA added to her anxiety.

“I was on medication daily and I didn’t want to be that way,” she said. “I wanted to go back to school and do something that I loved.” 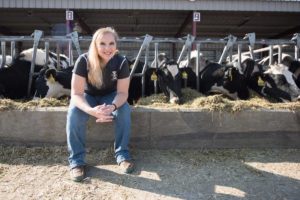 Giving up the security and benefits provided by her TSA job was daunting, but Cheatham’s husband, Ken, and her family were behind her.

“It was definitely a family decision,” Cheatham said. “I have an amazing support system, between my husband, my mom and dad, my extended family.”

Cheatham initially enrolled in animal science classes at the College of Western Idaho, where she found a passion for the dairy industry during a visit to Ballard Dairy in Gooding.

“I just fell in love with that atmosphere and that feeling of being part of a family,” Cheatham said. “I went to my husband and said, ‘I want to work in dairy.’”

Cheatham also found the family environment she enjoys at the University of Idaho. She transferred to U of I in 2015, after meeting Amin Ahmadzadeh, a professor in the Department of Animal and Veterinary Science, at a recruitment event.

“I met with Amin and I was set, I was coming to UI,” she said. “Amin is just Amin. He knows very well about what’s going on in my life and what has gone on with my disability. He’s seen it and he knows how I learn and how things function for me.

“That’s what I like about this school. Every professor that I’ve had to explain things to has been so supportive. Let’s work as a team. What can we do as a team to get you over that point?”

Family and U of I support

Throughout her time in Moscow, Ken has remained in Boise to continue working. Being by herself in a different atmosphere was difficult at first. She had trouble leaving her apartment and was still relying on medication. But during a trip home over the winter recess, she had a breakthrough: She discovered her 10-year-old border collie/blue heeler mix, Pepper, was able to sense when her anxiety was triggered and assist her.

“I talked to my counselor about having Pepper be a service dog so she could be with me at school. She’s been amazing. I’m off medication except for at night,” Cheatham said. “She knows if I start getting anxious or upset and she’ll hit my hand and break that cycle and have me focus on her. She’ll lean on people to push them away from me. It’s OK to pet her because she’s doing her job — taking the focus off me.”

Pepper’s constant presence, plus the support of her family and the AVS department, has allowed Cheatham to complete her studies and focus on achieving her dreams of working in the dairy industry.

“If you want to come to a school that is going to fully support you as a university, a college and a department, I would suggest UI,” Cheatham said. “It’s so much more of a family and more of a support system then I’ve ever seen in a school.”

After graduation, Cheatham hopes to find a job as a nutritionist. In this role she would visit dairies to help formulate diets for their herds so they’re getting the best production out of their cows. Ultimately, she hopes to one day be a dairy manager.

“I would like to be a dairy manager where I work primarily with the animals and the employees and family and be part of that,” Cheatham said. “I’m looking to be happy and do something I love, working with cows, whether that’s a manager or nutritionist, anything that I know I worked hard to be a part of.”