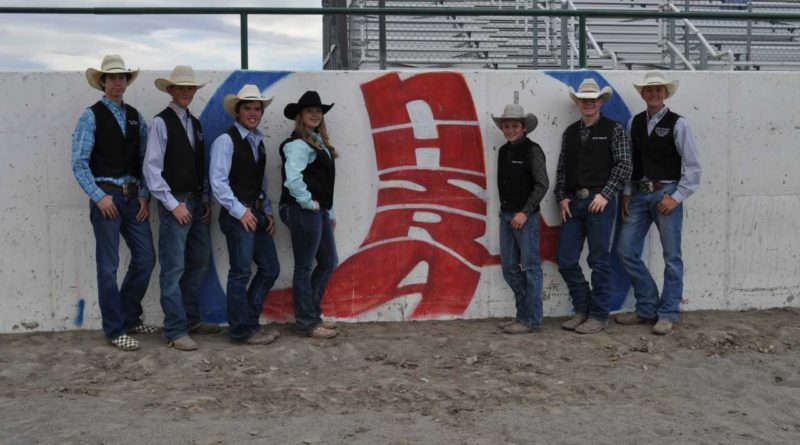 Another Fernley cowgirl, Jayce Blake, who competes independently, won the girls all-around title at the Silver State International Rodeo, which was held July 3-8.

In addition to finishing as the boys all-around champion, Dario Ceresola qualified for the National High School Finals Rodeo in five different events.

Ceresola finished fourth in boys cutting, third in reined cow horse, second place in team roping as a header, third in tie down roping and fourth in rifle shoot. In addition, he qualified for SSIR by finishing fifth in trap shooting.

Kaden Florez was a Junior High Nationals qualifier in goat tying, finishing second in the state, and qualified for SSIR by finishing sixth in ribbon roping, ninth in team roping, and eight in breakaway roping. He placed 12th overall at SSIR in ribbon roping.

The directors for the Fernley club this year were Joey McKnight and Craig King.

The National High School Finals Rodeo is the world’s largest rodeo, featuring more than 1,750 contestants from 43 states, five Canadian provinces and Australia. In addition to competing for more than $200,000 in prizes, contestants will also be competing for more than $350,000 in college scholarships and the chance to be named an NHSFR World Champion. To earn that title, contestants must finish in the top 20, based on their combined times/scores in the first two rounds, to advance to Saturday evening’s final round. World champions will then be determined based on their three-round combined times/scores.

The Saturday championship performance will be televised nationally as part of the Cinch Highschool Rodeo Tour telecast series on RFD-TV. Live broadcasts of each NHSFR performance will also air online at NHSRATV.com. Performance times are 7 p.m. on July 16 and 9 a.m. and 7 p.m. each day thereafter.