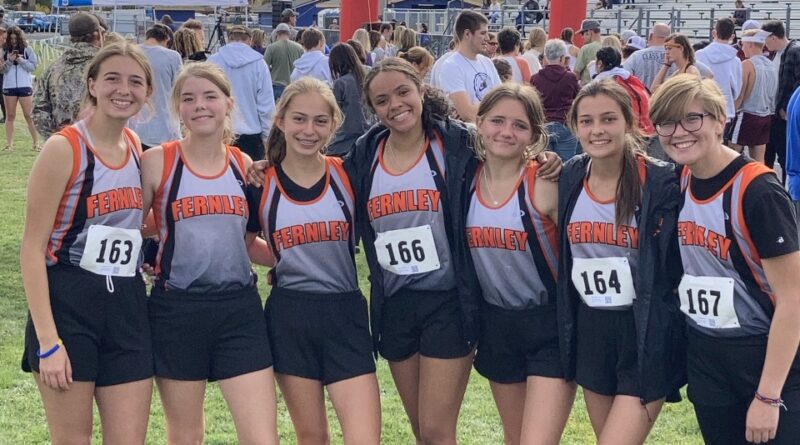 For the first time since 1985, the Fernley High School girls cross country team has qualified for the State Meet.

In addition, the boys team qualified two runners as individuals, including the program’s first runner to make the all-league first team in 10 years.

“It was great to have a Regional meet and to have the opportunity to qualify for a State meet this year,” Fernley coach Todd Wright said. “The Vaqueros ran extremely well in both the boys’ and girls’ races.”

Wright said the girls’ team knew entering the meet they had a chance to qualify for State, and that’s exactly what they did.

Fernley scored a total of 95 team points, beating out Elko for fourth place by 17 points.

Fernley’s top 3 runners: Myla Bottt, Trinity Garcia-Anders, and Laila Kinnick finished before all of the Elko runners to set the stage for Fernley pushing past Elko. Lilly Bacock, Kori Scott, Cora Maldonado, and Sasha Smith then finished the deal.

Spring Creek won the regional championship with 41 points, while South Tahoe was second with 49 and Truckee took third with 66 points.

The boys’ team was facing an uphill battle to try and qualify the team for State, but ran tough and finished in fifth place with 109 points. Spring Creek won the regional championship with 43 points, Lowry was second with 59, Elko finished third with 79 and North Valleys was fourth with 88 points.

Senior Connie Hunter ran well and just missed qualifying for State. He was 29th overall with a time of 20:22, which put him 20 seconds behind the last individual qualifier. Lamar Woods finished 33rd with a time of 20:53, Spencer Blackorby was 39th in 21:56 and Evan Richardson placed 47th with his time of 23:39.

The State meet will be run this Saturday on the same course as the Regional meet at Shadow Mountain Complex in Sparks. The 3A boys race at 11:10 a.m. and the girls at 1:40 p.m. Admission is free.

“Come out and support the Vaqueros,” Wright said.