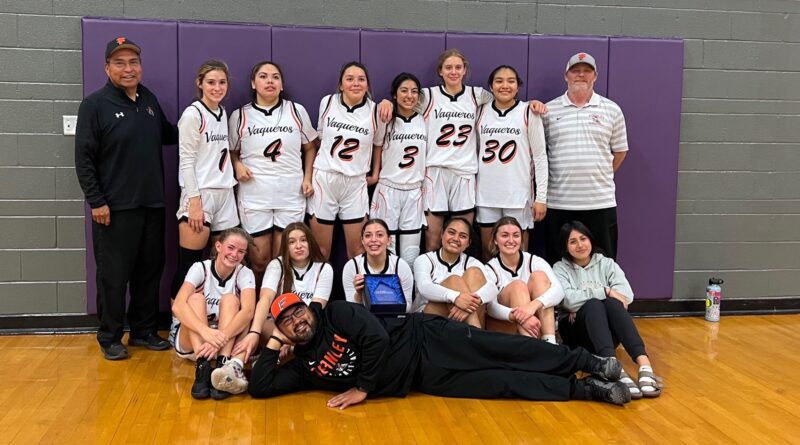 After a busy opening stretch in which they played 10 games in nine days, the Fernley High School girls basketball team makes its home debut for this season Wednesday evening.

“The girls are figuring each other out on the floor, lots of early season things to work on and the mistakes we’re making are all are correctable,” coach Ralph Dunn said.

The Vaqueros have been led so far by sophomore Jaelece Wasson, who has averaged 6.4 points per game. Scoring behind her has been balanced, with five other players averaging between four and eight points per game.

“We haven’t done much changing up on defensives yet, but that will come, Dunn said. “We try to dictate the tempo of the games.”

Dunn said turnovers have been the Vaqueros biggest problem to overcome so far, but he said much of that might have been due to fatigue, with so many games in a short time.

“Overall I am pleased with the progress so far,” he said. “You always want to be further along, but in time those things will all come together. We are all still learning the game and I want those girls to learn all they can in this pre season.”