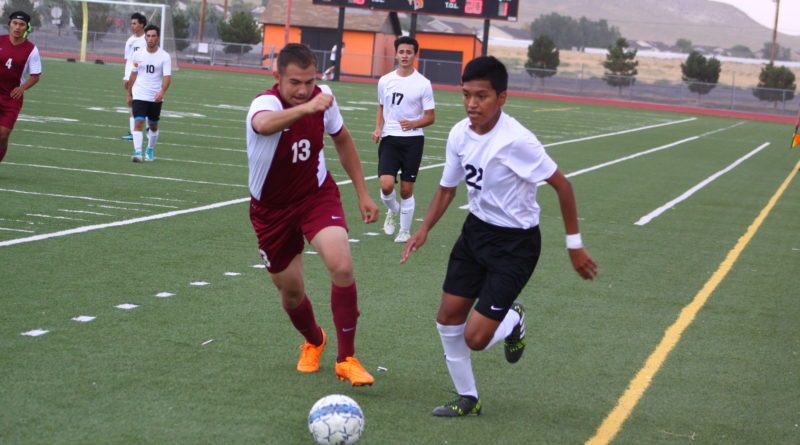 With a three-game lead in the standings and four games left to play, the Fernley High School boys soccer team is getting close to clinching the No. 1 playoff seed.

The Vaqueros, who have allowed only one goal in league play, host Dayton at 4 p.m. Wednesday. Dayton is one of five teams vying for the two playoff seeds behind the Vaqueros.

Fernley enters Wednesday’s game with a 7-0-1 record in the Northern 3A League B, and faces Dayton, which is fifth with a 3-3-2 record and is the only league team to have scored against Fernley, in a 1-1 tie of Sept. 27.

Battle Mountain is second in the league at 4-3-1, with Yerignton third at 4-4 and West Wendover fourth at 3-3-1. White Pine is the other team in playoff contention, at 3-54.

After facing Dayton Wednesday, Fernley will play twice next week, at West Wendover Friday and at White Pine Saturday, before hosting Battle Mountain to finish the regular season Oct. 26.

The Northern 3A playoffs start Nov. 2 at Lowry.