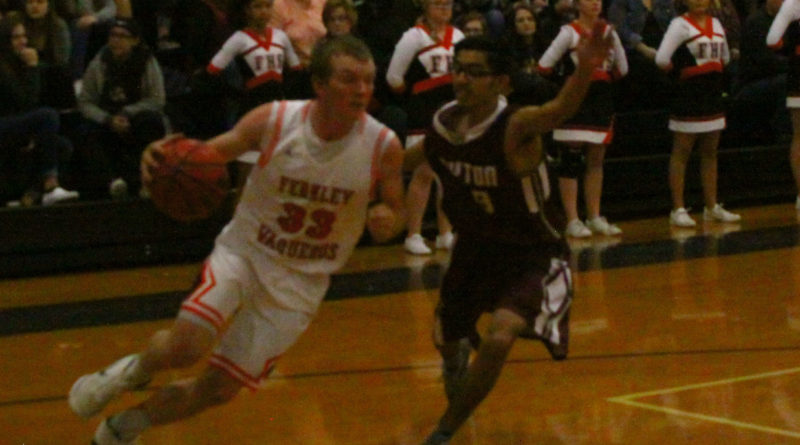 With two wins last weekend, the Fernley High School boys basketball team goes into the second half of league play on a four-game win streak.

Fernley is tied with Fallon for second place at 6-2, behind Elko, which leads the league at 8-0. South Tahoe is a game behind them at 5-3.

The Vaqueros controlled the game against Dayton more than the scoreboard shows. Fernley led by 20 early in the fourth quarter before Dayton cut the lead to 10 at 45-35 with 3:24 left in the game.

“We had a little stretch there in the fourth, we’re up 20 and they cut it to 10, which you tip your hat to them, but I thought we had a couple mental lapses we’ve got to take care of,” coach Derek Miller said.

“It was a game I was very nervous about all week,” Miller said. “We always have great games against Dayton and they beat some good teams.”

Saturday the Vaqueros held on to win a close game against Truckee. Fernley led throughout, but couldn’t open a comfortable margin.

“This was an ugly win for us, but I will take it,” Miller said. “Every time we had a chance to get a double digit lead they would hit a big shot, so you have to tip your hat.”

Ceresola and Burns both scored 13 points for Fernley, while Drew Miller and Rei Robinett both had 11.

“We looked a little tired from last night but we gutted it out and got a big win,” Miller said.