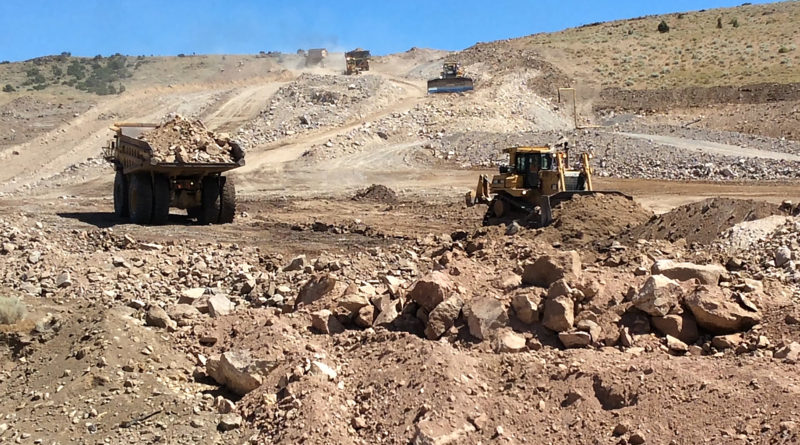 Employees who work at the Tahoe Reno Industrial Center might want to give themselves a few extra minutes to get to work.

Through the end of the year, periodic single-lane closures will take place on the USA Parkway weekdays during daytime hours for roadside improvements such as installing additional guardrail and grading roadside slopes. In addition, only local business traffic will be allowed south of Sydney Way, the last major interchange on the southern end of the USA Parkway. At the southern end of the existing roadway, major construction has also begun to extend the parkway where the road currently ends.

The USA Parkway was originally constructed as a privately built, six-mile-long road connecting Interstate 80 to the Tahoe Reno Industrial Center east of Sparks. The project will extend the Parkway by more than 12 miles to reach U.S. 50 near Silver Springs, creating an approximately 18-mile-long, four-lane state roadway between Interstate 80 and U.S. 50. Known as State Route 439, the new roadway will further link the greater Reno/Sparks area with the U.S. 50 corridor in Silver Springs, enhancing regional mobility and creating an additional route for commuter, freight and other traffic. The road will also help support regional economic development and serve as another route in the event of emergency or weather-related road closures. The project is projected to reduce travel times by as much as 38% for those traveling between U.S. 50 and I-80.

The $75.9 million project by design-build contractor Ames Construction is expected to complete in late 2017, opening the new USA Parkway extension to traffic. Drivers can also anticipate minor travel delays on U.S. 50 in the Silver Springs area next year during construction of a traffic roundabout intersection connecting the USA Parkway and U.S. 50. Project information is available at www.usaparkway.com or by calling (775) 888-7000.