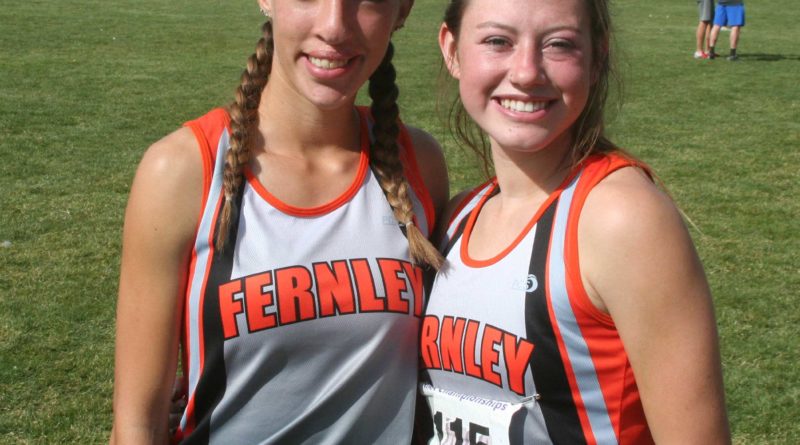 Capping seasons that were delayed because of injuries, Fernley’s Janae Derley and Piper Crook were each happy with their races at Saturday’s State cross country meet in Boulder City.

Derley, a junior, finished ninth in a time of 21:12.7 in her third state meet, while Crook, a senior, finished 18th in 21:45.5 in her second state meet. Derley’s finish also placed her on the All-State second team.

The girls ran the course Friday night and felt like it was a fast course, even though it measured out at 3.2, rather than 3.1 miles.

Both girls made sure not to start the race too fast, and were able to stay consistent with their times.

“Piper ran very tough, especially on the back hill and made up a lot of ground on other girls there,” coach Todd Wright said. “Janae played her cards perfectly and passed a large group of girls at the 2.5-mile mark”

“I caught a group of like four or five Truckee girls toward the last .3 miles of the race and did not let them pass me,” Derley said. “I am so glad to end this season on a good note.”

Both runners missed the first half of the season with injuries, a pulled hip flexor for Derley, and a broken foot for Crook.

“My foot was killing me today,” Crook said. “I’m kinda glad the season is over so I can finally go get a MRI and figure out what’s wrong with it. I need to nurse myself back to full health and prepare for track now.”

Other than the foot, Crook said she felt good about the way she ran.

“I can’t be hard on myself about it because of my injuries, so I’m content with how I did,” she said. “It’s really weird thinking this is my last high school cross country race.”

Both runners said they will miss running together.

“I am so happy I got to run in Vegas with Piper, I am going to miss her so much next year,” Derley said. “I love that I was able to run with Piper for the past two years in cross country. She is such a great person.”

“I’m really proud of Janae,” Crook said “She’s going to do amazing next year and I look forward to seeing her improve.”