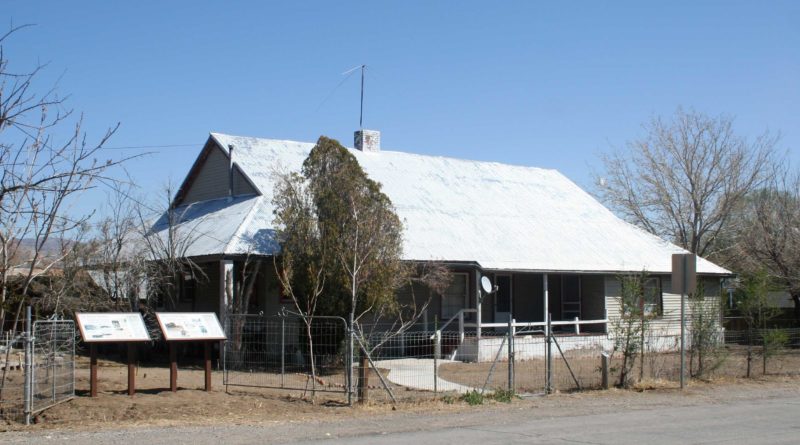 By Laura Tennant, For the Fernley Reporter

The Lyon County-owned 1880 Dayton Carson and Colorado Railroad Depot located on U.S. 50E in Dayton burned practically to ashes on June 16 around 3:40 p.m. Although Central Lyon County Fire was dispatched immediately, the building’s old, dry wood served as tinder and flames flew high at the site.

The Lyon County Sheriff Office deputies at the scene said some witnesses saw images of a man inside the building right before the fire started. Shortly after, the deputies responded to two more fires growing along the north section of Highway 50 and discovered an itinerant camped at the Dayton State Park. The man, Kurt Selzer of Ventura, Calif. was arrested and taken to the Lyon County Jail, but Selzer said he did not start the depot fire and therefore, no charges have been filed unless a witness can say they saw the man in the building right before the fire began.

However, the fire has been labeled an arson because someone poured acetylene on the floor and ignited it with a fire-starting wand.

The loss of the old Depot is a blow to the Historical Society of Dayton Valley, whose volunteer members have been raising funds to preserve it since 2009 or before, and have received around $900,000 over the years in grant funds and funds raised by HSDV members, and were working on the last restoration project. Hundreds and hundreds of manpower hours had been put into renovating the depot, which had been converted into a residence around 1956, so funds had also been spent removing the residential materials and additions to take it back to its original 1880’s blueprint, a task that had been completed.

First Station on the C&C Railway

The Dayton Depot was the first station on the new Carson & Colorado Railway that started at the V&T Terminal at Mound House, ran about 300 miles, was built by W. Sharron after the Comstock mining era declined, and was intended to run from the Carson River to the Colorado River, but was diverted to serve the new mining towns like Candelaria, Belleville and Tonopah in Central Nevada. Today, the Dayton Depot was the oldest surviving C&C Depot on the line.
The Depot had first been erected at Mound House for the V&T but was later moved to Dayton in June of 1881 to expedite the opening of the railway and save new construction costs, too. This V&T Depot measured 20 x 50 feet and was the largest one at Mound House, and its removal opened space to realign the V&T and C&C tracks for further building construction.

The Carson & Colorado was organized on May 10, 1880 with C&C President and General Superintendent Henry M. Yerington upending the first shovelful of ground at Mound House on May 31, 1880 to begin construction on the new narrow gauge, and the first 10 miles of track through Dayton at Mile Post 6.0  was completed Dec. 14, 1880. The depot elevation was 4,396 feet.

The construction of the Western Union Telegraph line followed the building of railroads, received the poles from Lake Tahoe, Western Union set them up, installed the telegraph wire and C&C maintenance stations were established every 12 miles with the first one in Dayton. In April 1881, the Territorial Enterprise noted: “The Carson & Colorado Railroad Company have built a platform at the Dayton Depot with special accommodations for the Sutro freight.”

The September 18, 1881 Lyon County Times says that the Dayton Depot is being built; this may be additional work on the structure or other nearby C&C Dayton facilities including separate houses for the station agent and section foreman.

The depot had a ground floor waiting room, agent’s office and a larger raised platform warehouse, with a platform surrounding the building, covered by a roof awning with baggage carts and hand trucks parked, awaiting action. The agent’s office and passenger waiting room were at the Mound House end of the structure and there were waiting room seats for ladies and children, while most men waited outside where they could smoke. Behind a stand up counter were a ticket cabinet, sorting rack, station clock, small safe, a telegrapher’s table and chair, a stove with a brick chimney, stairs that led to a windowed records storage loft with a small bed above the officed and waiting room with wall paper on the walls. A train board listed departures and arrivals and kerosene lamps lit the interior and platforms at night.

All of these features were to be included and with original building materials used in the renovated depot – yet, when the new building is constructed, it just won’t have the feel of the old depot but it will be better than a pile of black boards and ashes now at the site.

Note: (The information on the Depot is credited to Stephen E. Drew, who compiled the information in 2013 for the Virginia & Truckee Railroad Historical Society.)