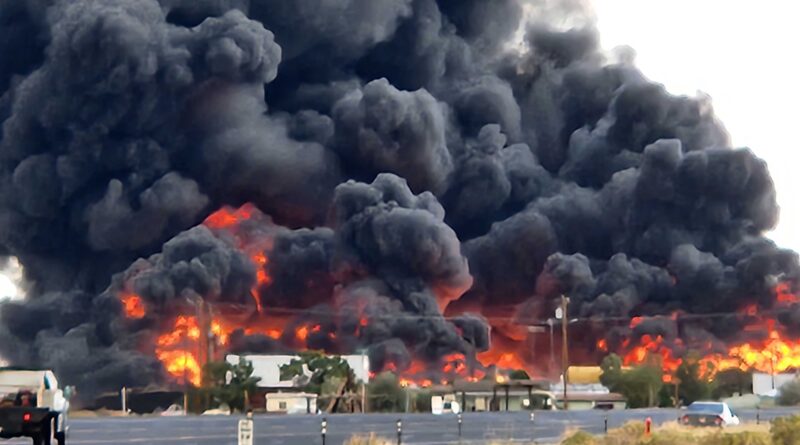 A large fire broke out late Wednesday afternoon at the railroad tie yard in Hazen, sending flames as 120 feet in the air and noxious black flumes of smoke toward the sky.

According to the Churchill County Sheriff’s Office, the fire was reported by multiple callers to 911 at about 4 p.m. The surrounding area was evacuated, and traffic was rerouted as U.S. 50A was closed.

The Fallon/Churchill Volunteer Fire Department was joined by North Lyon Fire, Pyramid Lake Fire and the Bureau of Land Management to fight the blaze,

The railroad ties are treated with creosote, a flammable chemical, which adds to the air quality concerns. Churchill County Sheriff Richard Hickox recommended anyone who has trouble breathing stay inside.

Because the fire was burning so hot, fire crews built buffers around the fire, and an airplane was dropping fire retardant along the railroad tracks.

There was no word Wednesday night about how the fire started, or how long it might take to put it out.