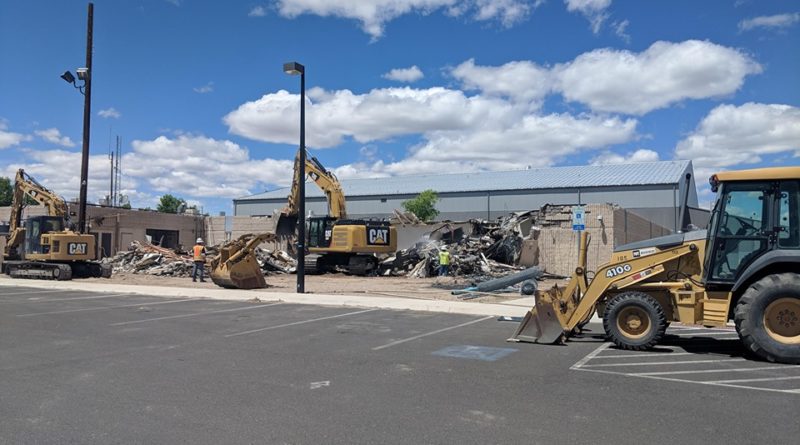 Lyon County and the City of Yerington moved into and occupied the Public Safety Complex in Yerington in 1976. The facility originally was built as a 20 bed jail and a 4 bed juvenile detention facility and housed the Sheriff’s Office, Police Department, 9-1-1 Dispatch and Mason Justice Court.

In 1980, the jail was double bunked, taking capacity to 40 beds. In 1988, juveniles were no longer allowed to be housed near adult prisoners, and in 1990 Lyon County built additional cell blocks, taking the bed count to 56 inmates. Around the same time 9-1-1 Dispatch was moved across the parking to the facility where it is currently located.

In 2013, the jail, sheriff’s administration, Third Judicial District Court and Walker River Justice Court moved into the new Justice Complex right behind the public safety complex. At that time, the county considered options for the old facility, including demolition or use as a storage facility for the Sheriff’s Office. It has been occupied by the Yerington Police Department until it recently began sharing space with the Sheriff’s Office while awaiting a remodel of the building that formerly housed the Lyon County Information Center.

Lyon County manager Jeff Page said the demolition will enhance parking for the library, Human Services and Justice Complex and provide the Sheriff’s Office with better access to their facilities and evidence storage.