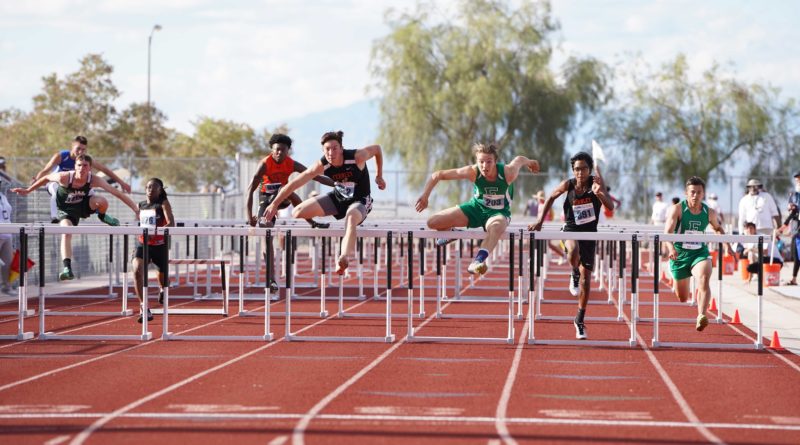 Bernardo’s winning time of 15.24 was more than a half second faster than his second-place State finish of a year ago. He also placed third in the 300 hurdles with a personal record time of 41.04, nearly a second and a half faster than the time that placed him fifth last year.

In the discus, Ricky Dumont improved from last year’s sixth place finish by taking second this year with a throw of 148-11, 18 feet, 9 inches longer than his throw at State last year.

The other individual medalist for the Fernley boys was Thomas Padilla, who ran third in the 110 hurdles with a time of 15.59.

In the pole vault, Colt Lemon placed seventh with a vault of 10-9.

Without enough qualified competitors to vie for the team championships, the Fernley boys placed sixth as a team with 39 points. Mojave won its second consecutive team championship with 133 points, while Sparks was second with 68.5.

The girls team placed 13th with 19 points. Spring Creek was the team championship with 137 points, and Truckee was second with 97.

The highest finish for the girls was the 4×800 relay team, which placed third with a time of 10:24.78, with Janae Derley, Reese Richardson, Celeste Condie and Samantha Manning carrying the baton.

Individually, Karli Burns finished sixth in the 100 hurdles with a time of 17.15, Aurora Parsons came in sixth in the discus with a throw of 99-4 and Emma Parsons was seventh in the long jump with a leap of 14-5.75.