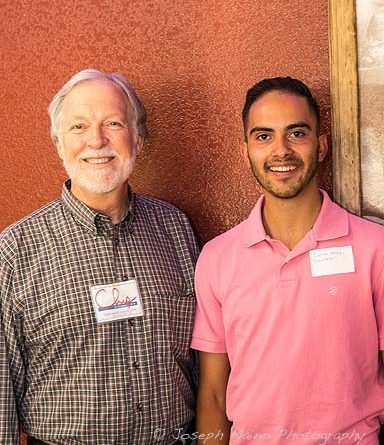 After working in Silicon Valley for many years, Evans moved to Reno in 2004.  He started several real estate investment firms that failed after the 2008 financial crisis and eventually led to foreclosure on his own home.

Evans is the former chairman of the Washoe County Democratic Party

As a child, he attended a military academy in Virginia and received his college degree in California and has hosted several Reno radio shows. Evans has three grown children and is married to his college sweetheart, Laynette.

“I have a sense I can actually do something to make things better for all Americans,” he said. “Congress must start working for families again not the special interest groups.”

The chip Evans for Congress event was sponsored by the Fernley for Chip Evans Fundraiser and held at the Las Palmas restaurant.

“We have enough lawyers and lobbyists in Congress,” he said. “We need people like myself, business people, entrepreneurs, people who are not afraid of working together to get things done.”