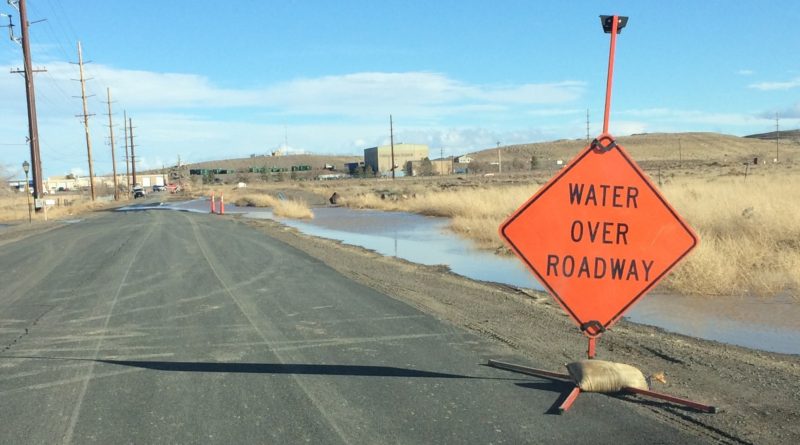 From the City of Fernley

Priority 1 and 2 streets include major streets, collector streets, school routes, and emergency service sites, including Main Street, Cottonwood, Shadow, Farm District, 95A, 50A, and Interstate 80. City, State and County Crews worked to clear Priority 1 streets and highways. City plow drivers then plowed the Priority 2 streets until all were cleared with one lane in each direction.

Priority 3 streets which include major residential streets, were cleared as much as possible. The remaining local streets, identified as Priority 4, were plowed only under extreme or emergency circumstances.

As weather was predicted to turn warm with heavy rain, on top of the eight inches of snow, the City coordinated efforts to offer a sand bag location for residents. City staff provided sand and bags at the Out of Town Park Rodeo Grounds beginning at 5 p.m. Friday. The area was lit; in addition, it could serve as a large animal shelter for livestock if needed. Sand and bags were provided on a self‐service basis as the City did not have manpower to assist with labor.

At 8 p.m. Sunday, the City Manager, Public Works Director, City Engineer, Mayor, a TCID representative, additional City Staff and Officials assembled at City Hall to assess the current flooding situation. It was determined that residents who lived south of the canal along 95A, including Sage Valley, Southwest Meadows Subdivision, and all other homes near Fernley High School were in a potential hazardous area; those residents were requested to stay home.

At approximately 9:30 p.m., NDOT closed 95A from Silver Springs to Fernley. There were additional road closures within the City, including Hardie Lane and Summer Winds. City staff continued to monitor the storm drains throughout the City overnight into Monday morning, asking all residents to stay off the roads if possible. TCID (Truckee Carson Irrigation District) continued to monitor the canal, including erosion, using all electronic monitoring stations at all 14 sites.

At approximately 7:30 a.m. Monday, Jan. 9, NDOT and Nevada Highway Patrol closed 95A at the canal due to water covering the roadway.

At 8:30 a.m., City officials assessed the situation, requesting all Sage Valley residents to continue to stay home for their own safety.

At 11:15 a.m., City staff determined Sage Drive could be reopened, however, traffic was controlled with one vehicle passing at a time; NDOT re‐opened 95A at approximately 11:45 a.m.

On Monday afternoon Lyon County sent a Nevada Division of Forestry Crew to the Out of Town Park to assist with sandbags for residents.

In the past 48 hours, 31 City employees have worked a total of 407 hours to assist with flood preparation, management, and clean‐up. The City will continue to coordinate with Lyon County Emergency Management as required for additional resources, and will continue to actively monitor the flooding, clean up, and anticipated storm on Tuesday evening. For more information, please stay tuned to the City of Fernley’s webpage and Facebook page for updates on the situation.