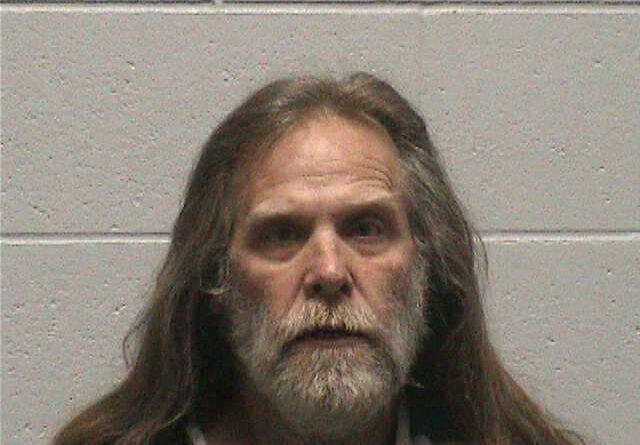 A California man was arrested Sunday night in Yerington on a variety of charges after a short foot pursuit following a traffic stop.

According to the Lyon County Sheriff’s Office, at about 8:50 p.m. a sheriff’s K9 deputy spotted a suspicious vehicle on Main St. in Yerington and stopped the vehicle for traffic violations. The deputy made contact with the driver, who LCSO charges provided a false name.

During the course of the traffic stop, a certified patrol K9 alerted to the presence of controlled substances in the vehicle. While deputies were speaking with the driver, he fled on foot and deputies gave chase. The man ran several blocks away before he was caught and placed under arrest.

The driver of the vehicle was identified as 55-year-old Victorville, Calif. resident, Richard Campbell. Campbell was found to have a very lengthy criminal history and is a previously convicted felon.

Campbell was arrested and booked into the Lyon County jail on the following charges:

Five outstanding warrants for his arrest

Possession of a Firearm by a prohibited person