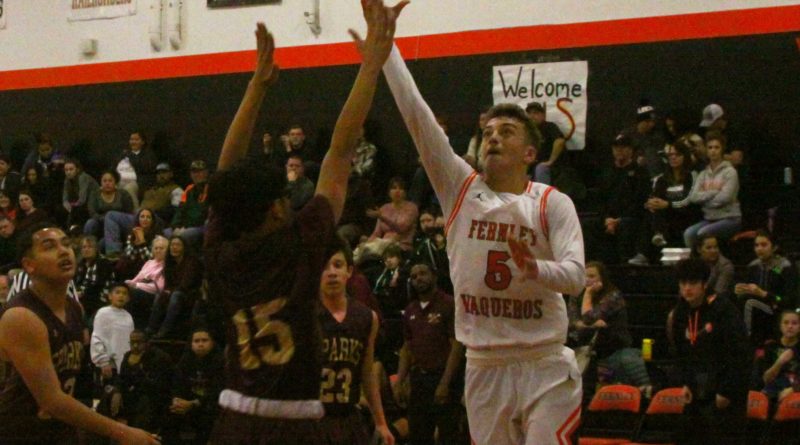 Although they have already clinched a postseason berth, which seed the Fernley High School boys basketball team will be is still very much in doubt.

After beating Sparks and North Valleys last week, the Vaqueros enter this week in a three-way tie for fourth place at 8-6 in the Northern 3A, and could mathematically finish anywhere from third to sixth place.

The Vaqueros are four games ahead of both North Valleys and Spring Creek, and having swept the season series, own tiebreakers against both teams. The Vaqueros would need Lowry to lose twice more to have a shot at third place, but they host the Buckaroos in the final weekend of the regular season.

The Vaqueros could begin to narrow down their playoff possibilities this week, when they host Truckee Wednesday at 7:30, and South Tahoe at 2:30 p.m. Saturday. South Tahoe is one of the teams in that three-way tie for fourth place.

The Vaqueros won both of their games last week, 65-21 at Sparks last Tuesday and 61-53 over North Valleys last Thursday.

Against Sparks, Drew Miller and Rei Robinett led the Vaqueros with 12 points each. Fernley opend the game by outscoring the Railroaders 20-5, and the next two quarters were just as dominant, leading 37-11 at half and 57-14 after three quarters.

“We didn’t overlook Sparks or play not to lose,” coach Derek Miller said. “We went in and took care of business. Everyone played and contributed to the victory.”

Thursday the Vaqueros built a 31-24 halftime lead and were able to maintain the advantage behind 24 points by Robinett. Daunte Ceresola added 13 and Carson Kingston scored 11.